Professor Patrick Prendergast has been elected as Provost of Trinity College this afternoon.

He will be the 44th provost of the college and takes over from Dr John Hegarty on 1 August.

Professor Prendergast is the professor of Bio-Engineering and was vice-provost at the college.

He was elected this afternoon after around 80% of the academics eligible to vote cast their ballots.

The Wexford man was elected ahead of three other Trinity candidates Jane Ohlmeyer, Colm Kearney and John Boland, as well as Des Fitzgerald of UCD.

He said: 'I am deeply honoured to have been elected the Provost of Trinity College Dublin.

'At the outset of the campaign I asked the College electorate for my own mandate for a new and different kind of Provostship.

'This has now been granted to me and I am determined to use my experience and proven ability to stand up for Trinity's interests and to protect our core mission of education and research.'

Professor Prendergast's term as Provost will last for ten years.

The Taoiseach has congratulated the Professor on his election. 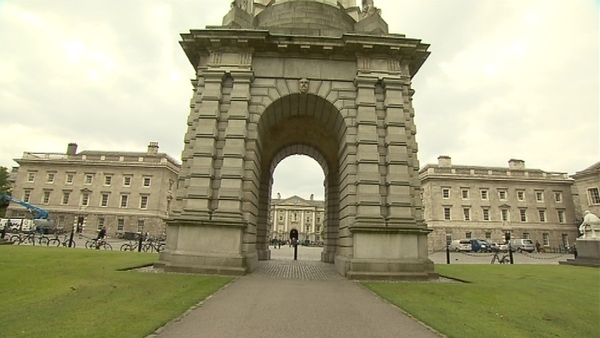