Figures from the Central Statistics Office show that the economy shrank for the third year in a row in 2010, with gross domestic product falling by 1%.

As GDP includes profits made by US multi-nationals based in Ireland, many economists prefer to focus on gross national product (GNP), which showed a bigger drop of 2.1% last year.

The CSO said there was a growth in net exports of 24.5%, but this was not strong enough to offset falls in other areas of the economy.

Imports also rose, while there were drops of 1.2% in consumer spending and 2.2% in Government spending.

Output from industry - excluding building and construction - increased by 13.2%.

However, building and construction output dropped by 31.8%, a similar fall to the previous year.

The CSO said there was an increase in multi-national profits flowing out of the country, while interest payments on Government debt also rose.

These factors meant the fall in GNP was bigger last year. 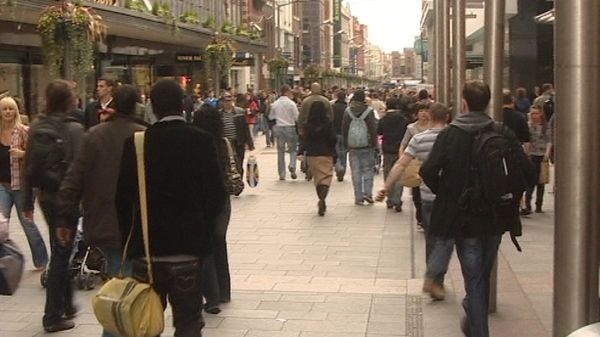