The International Monetary Fund has said the interest rate Ireland will pay as part of the €85 billion IMF/EU rescue package will be reduced.

It follows technical changes in the composition of the IMF's quotas and may result in a fall of 19 basis points in the interest Ireland has to pay on much of its €22.5bn debt to the IMF.

The IMF said there was no change in its policy towards Ireland.

The interest rate on Ireland's IMF loan is being reduced under changes in member countries' subscriptions and voting shares that came into effect yesterday.

Under the changes, which were first approved in 2008 to give emerging markets a greater say in the IMF, Ireland's subscription, or quota, will increase.

'This reduces the share of Ireland's credit that is subject to surcharges,' the IMF said in a statement.

The increase comes into effect as soon as the country pays its additional subscription to the IMF, the fund said.

A second round of quota increases, approved last year, will further reduce the average lending rate once countries' governments have approved those changes.

The IMF contributed €22.5bn to an €85bn joint IMF/EU rescue for Ireland on 28 November to help restructure Irish banks.

Based on current interest rates for IMF special drawing rights of 0.43%, the Fund said the average lending rate on its loan to Ireland will decline to 3.04% on credit outstanding less than three years. This is down from 3.17%.

For credit outstanding for longer than three years, the rate falls to 3.85% from 4.04%, the IMF said.

The IMF had signalled the reduction in January. 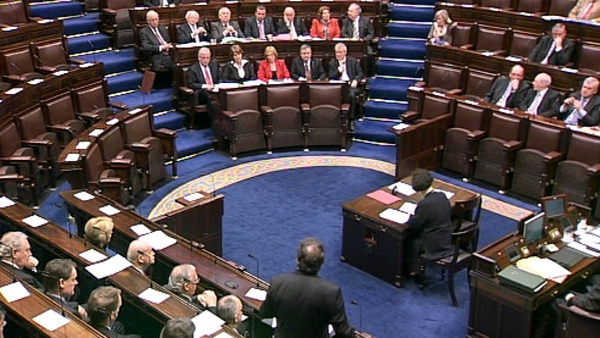