He said: 'It is a critical time in the life of Egypt. I have come to participate with the Egyptian people.'

Earlier in Vienna he told reporters he was ready to 'lead the transition' in Egypt if asked.

His arrival came on the third straight day of angry nationwide protests, during which seven people have been killed - five protestors and two policemen - and more than 100 injured.

A security official has said that around 1,000 protestors had been arrested since the protests began.

A heavy security clamp today prevented protestors from gathering in the centre of Cairo as they did yesterday and Tuesday.

However, there were violent clashes in the cities of Suez and Ismailiya, and in a Sinai town where a protester was shot dead by police. 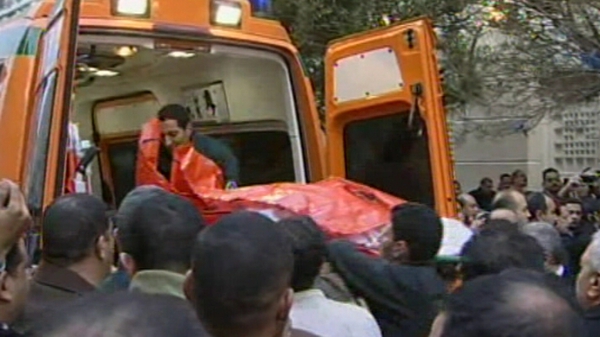