IBEC and the Irish Congress of Trade Unions have intervened to try to resolve the Aer Lingus cabin crew dispute over rosters.

The two organisations have invited the IMPACT National Secretary and the Chief Human Resources Officer of Aer Lingus to brief them on the dispute to see if any assistance can be offered towards finding a resolution.

The meeting will take place tomorrow, though a time and venue have not yet been fixed.

Aer Lingus has confirmed that it has accepted the invitation of IBEC and ICTU to attend a meeting, tomorrow, in relation to the current dispute with Impact-represented cabin crew members.

The Company remains committed to the implementation of the Greenfield Restructuring Programme.

Aer Lingus was forced to cancel a further 14 flights today because of the cabin crew dispute over rosters.

17 of the flights were to and from the UK and Europe - one was a transatlantic route.

Passengers were accommodated on other flights. 14 flights were cancelled yesterday.

Over 200 employees have been removed from the payroll for refusing to operate new rosters - which they say are unreasonable.

Further disciplinary procedures, which could result in dismissals, are continuing. While informal contacts are continuing between both sides there is no sign of a breakthrough.

The company is also undertaking disciplinary procedures, which could result in employment being terminated.

Ryanair has confirmed it had provided five aircraft with crew to Aer Lingus to help it maintain its schedule. Ryanair said it and a number of other shareholders would support Aer Lingus to minimise disruption to passengers and damage to tourism.

Mr Sargent was speaking after he met Minster for Transport Pat Carey to discuss the row over new rosters for cabin crew.

'Having met with Minister Carey, it's hopeful that a high-level arbitration process can begin to resolve an increasingly complex dispute.

'If both sides can agree to arbitration a solution should be found for the sake of the company, its staff and the flying public.' 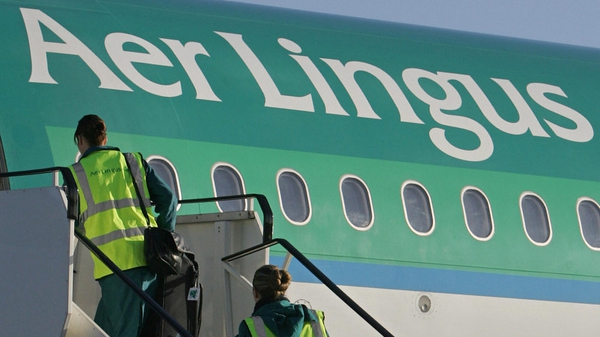