Leaders there have ordered security services to root out the culprits behind the attack, which bore hallmarks of militants fighting for an Islamist state along Russia's southern flank.

'This was an abominable crime in both its senselessness and its cruelty,' Mr Putin told a meeting of ministers in Moscow.

'I do not doubt that this crime will be solved and that retribution is inevitable.'

President Dmitry Medvedev criticised law enforcement agencies and airport managers over the attack at the international arrivals hall at Domodedovo.

At least eight foreigners were among those killed.

'Everything must be done to find, expose and bring the bandits who committed this crime to court - and the nests of these bandits, however deep they have dug in, must be liquidated,' he told Federal Security Service (FSB) leaders, who are in charge of coordinating Russia's fight against terrorism.

The bombing came just days before Mr Medvedev is due to pitch Russia to investors and corporate leaders at the World Economic Forum in Davos, Switzerland.

The UN Security Council held a minute of silence today in honour of the victims.

US President Barack Obama spoke to Mr Medvedev on the phone, expressing condolences and 'his strong condemnation of this outrageous attack on innocent civilians,' the White House said.

North Caucasus rebels have threatened attacks against cities and economic targets in the run-up to parliamentary elections this year and 2012 presidential polls in Russia.

The choice of Domodedovo, resulting in the deaths of several foreigners, suggested the attackers sought to raise uncertainty beyond Russia's borders.

Russia is due to host the 2014 Winter Olympics in Sochi, on the edge of the Caucasus, which some rebels consider part of the territory they aim to include in an Islamic state.

Prime Minister Vladimir Putin built his early reputation as a strong leader by launching a war in late 1999 to crush a rebel government in the Northern Caucasus's Chechnya region.

That campaign achieved its immediate aim, but since then, insurgency has spread to neighbouring Ingushetia and Dagestan. It has also assumed a more ruthless edge, spawning hardline factions difficult to monitor. 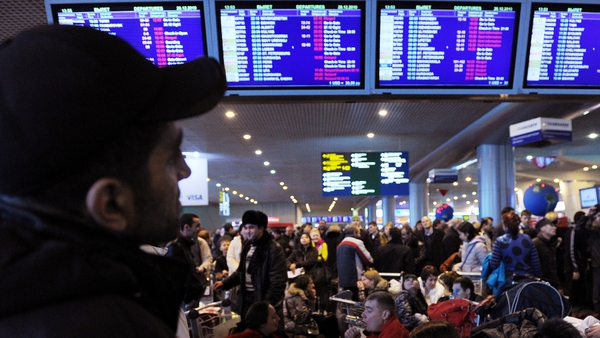