Aer Lingus confirmed that at least 12 flights were cancelled today due to the continuing dispute over cabin crew rostering arrangements.

A spokesperson said that around 10% of its schedule was affected, but that passengers were accommodated on other flights.

The airline anticipates similar levels of disruption for duration of the dispute.

Up to now, Aer Lingus has insisted that it was committed to running a full schedule.

However, it has not revealed how many planes it has hired in from other airlines while its own aircraft are grounded.

A list of cancelled flights over the coming days was circulated to travel agents today.

For today alone, the list cites cancellations to and from London Heathrow, Manchester, Amsterdam, Prague, Barcelona, Dusseldorf and Berlin.

All intending passengers are advised to check the Aer Lingus website for details.

So far, almost 200 cabin crew have been removed from the company's payroll for refusing to operate the new rosters.

Minister of State for Labour Affairs Dara Calleary has appealed to all parties to the dispute to engage with the State's industrial relations dispute settlement machinery.

The airline has told the stock exchange the cost of hiring in planes and crews from other airlines is 'not material' at the moment.

But it added that a continuation of the dispute could hit passenger bookings which could, in turn, have 'a potentially significant impact' on the airline's financial performance.

IMPACT has claimed the cost of hiring in planes and crews could top €400,000 a day - and could be even more if they were hired to operate transatlantic flights.

'The responsibility for any adverse financial impact of this disruption is attributable directly to those IMPACT cabin crew members who have decided not to operate their agreed rosters,' the Aer Lingus statement said. 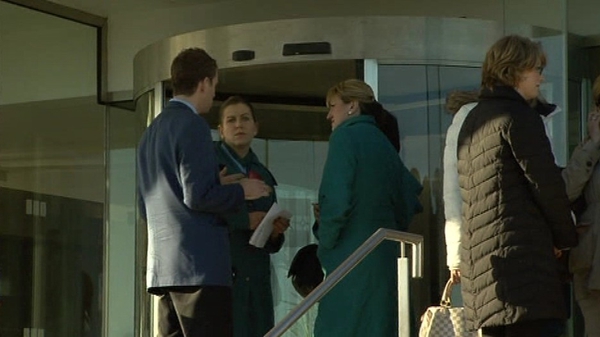