Bomb disposal experts have disarmed a device sent to the Greek embassy in Rome, days after parcel bombs claimed by an Italian anarchist group wounded two people at the Swiss and Chilean missions.

A Carabinieri official said the device found at the Greek embassy bore similarities to one discovered in the Rome metro last week.

The metro device was found in a box with cables, batteries and antennas but had no detonator.

Suspect packages found at the Venezuelan, Danish and Monaco embassies turned out to be false alarms.

There were other alerts last week at the Irish and Ukrainian embassies in Rome as authorities stepped up checks on mail deliveries.

Last week, an Italian anarchist group called the Informal Anarchist Federation (FAI) claimed responsibility in a note for parcel bombs that wounded two people at the Swiss and Chilean embassies.

The incidents bore similarities to an episode in Greece last month in which far-left militants sent parcel bombs to foreign governments and embassies in Athens.

Moreover, the note was signed by the ‘Lambros Fountas revolutionary cell’ of the FAI, which Italian media said was a reference to a Greek anarchist killed in a clash with Greek police in Athens in March.

Investigators have noted the past preference of anarchist splinter groups for attacks over the Christmas period and have said that more are likely and Italian embassies abroad have been put on alert. 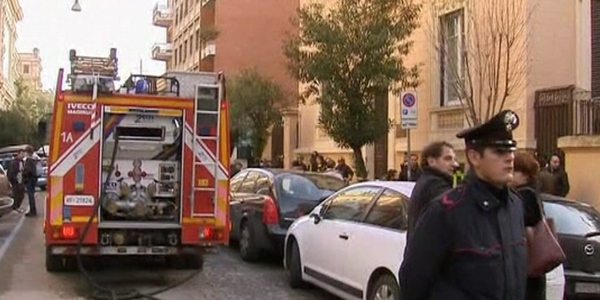