The European Central Bank has expressed serious concerns about the Credit Institutions Stabilisation Bill passed by the Dáil and the Seanad last week.

In a position paper posted on its website over the weekend, the ECB said it would have appreciated being consulted about the Bill at an earlier stage.

This comes after President Mary McAleese decided to call a special advisory council meeting tomorrow to decide whether the new legislation should be referred to the Supreme Court.

The ECB says the legislation is not legally certain, and that given the short timeframe in which it was consulted, the bank has not been able to check constitutional, legal and other regulatory issues which the draft law 'undoubtedly' raises.

The area of most concern to the ECB is the powers the Bill would give the Minister for Finance to transfer assets or liabilities out of a bank to another company.

This means the law could usurp the ECB's rights over the collateral given as security for liquidity purposes to banks.

Recent figures show that Irish banks have €136bn in loans outstanding from the ECB, a quarter of the total in the eurozone.

The banks also have €45bn in emergency liquidity assistance from the Irish Central Bank.

A Department of Finance spokesperson said it was 'inconceivable' that the Minister would make specific directions or implement specific asset transfers unless these were supported by the Central Bank.

'Indeed it is very difficult to see how such measures could be designed and executed without the intimate involvement and very close engagement with the Central Bank,' the spokesperson added.

The spokesperson also said the ECB had seen draft heads of the Bill at the end of November and 'close to a final draft' was made available to the bank on 11 December.

Labour has welcomed the decision of President McAleese to seek the advice of the council of state.

Speaking on RTÉ's News at One, Labour's Finance Spokesperson Joan Burton said the Bill was rushed through the Dáil and it includes the 'most draconian' and 'awesome' powers for a Minister for Finance.

Elsewhere, AIB has transferred another batch of loans from 217 customers to the National Asset Management Agency.

NAMA will pay the bank just over 40% of the original €9.3bn value of the loans.

Meanwhile, ECB head Jean-Claude Trichet told EU governments to face up to their responsibilities and crack down on their budget overspending.

Speaking after a weekend when EU leaders agreed to set up a permanent national rescue fund for eurozone members but without providing full details, Mr Trichet insisted that the crisis hanging over the eurozone was 'not a crisis of the euro.'

Mr Trichet told French Europe One radio: 'We ask the governments and other institutions to live up to their responsibilities.'

He said that governments should face up to these responsibilities individually so that the burden of expenditure today did not fall 'on the children and the grandchildren.'

They should also act in a more collegiate way 'by means of far better governance and through a financial stabilisation fund capable of taking on all the responsibilities put on it.' 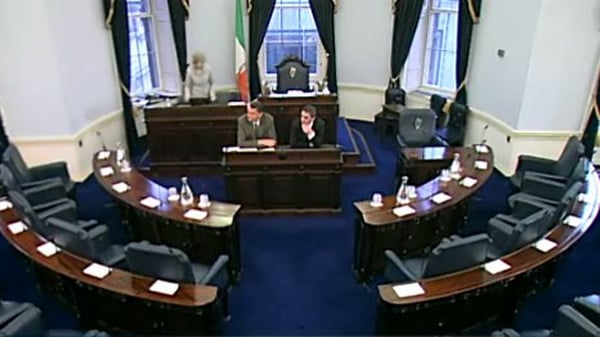