Two men have been before a special district court sitting in Killorglin, Co Kerry, charged in connection with yesterday's attempted ATM raid at Castleisland.

Thomas Wilson, 29, from Seapatrick Villas, Banbridge in Co Down, and 24-year-old Christopher Murney, of Chapel Hill Road, Mayobridge, Co Down, were charged with criminal damage to the AIB bank in Castleisland and theft of an ATM.

Both men were remanded in custody until Tuesday.

Earlier, a 45-year-old man from Co Fermanagh who was also arrested in connection with the attempted raid was released from garda custody.

A file in his case will be prepared for the Director of Public Prosecutions. 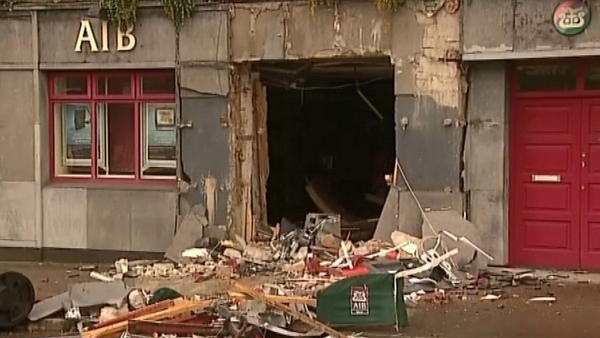