Enda Kenny has said that Fine Gael is the only party with the plans ready to deal with the budget deficit.

Speaking at his party's annual Presidential Dinner in Dublin, Mr Kenny also insisted that what he called the ‘leadership crisis’ within the party was now over.

In his speech, Mr Kenny again committed Fine Gael to achieving the target of reducing the Budget Deficit to 3% of GDP by 2014.

He also announced that the party would soon publish the details of a new scheme to guarantee loans to small business, similar to successful schemes in Chile and Taiwan.

Mr Kenny said the current Government has no moral authority or political credibility, and said Fine Gael was ready for an election, whether it comes before Christmas, or next spring. 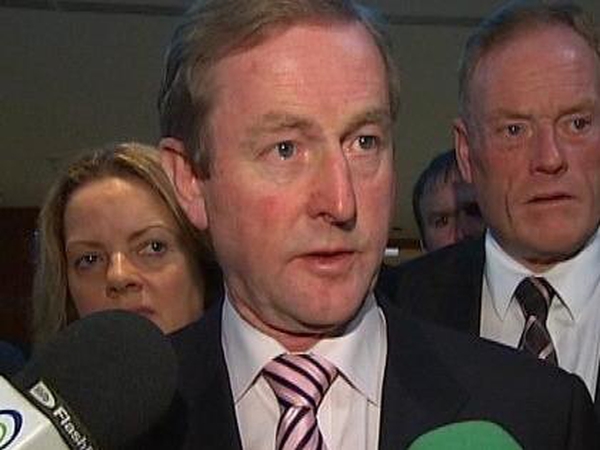