A handgun and ammunition have been recovered following the arrest of 10 people in connection with activities of dissident republicans.

Nine men, aged between 19 and 71, were arrested in counties Louth, Wexford and Waterford last night and are all suspected of being connected to a faction of the Real IRA.

A woman in her 20s was arrested in the Wexford area this morning and is being held at Wexford Garda Station.

The operation, led by the Special Detective Unit based at Harcourt Square, began around 2pm yesterday when gardaí raided a house near Dunleer, Co Louth.

Two men, including a senior figure in a Dundalk-based faction of the Real IRA, were arrested and a handgun and ammunition were also recovered.

The operation then moved to the southeast of the country, where six more men were arrested. Gardaí sealed off an area of land and an outhouse at Keelogue in Barntown, Co Wexford.

Items, believed to be the component parts of explosive devices, were found there and a forensic examination is under way.

A seventh man was also arrested in Waterford.

All nine men are being detained at garda stations in Dublin, Wexford, Waterford and Kilkenny.

Garda and PSNI monitoring of suspected dissidents has been stepped up following a number of incidents in recent months, including the explosion of a car bomb in Derry earlier this week. 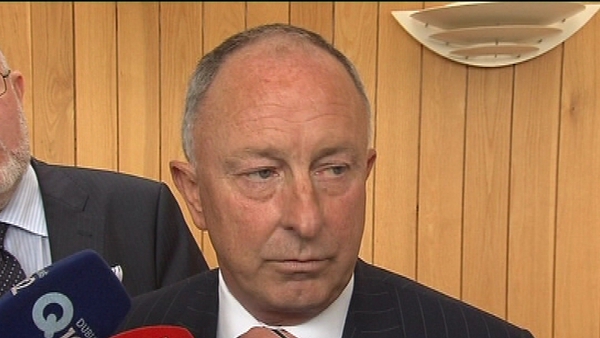