The Taoiseach has said it is in the national interest to hear constructive proposals from all parties on restoring economic growth to Ireland.

Brian Cowen said he would be making facilities and personnel available in the Department of Finance to answer queries and listen to ideas on overcoming the challenges ahead.

The Taoiseach was speaking at a charity book launch in Galway tonight.

As Ireland's crippling economic crisis continues to top news agendas both at home and abroad, the Taoiseach is coming under pressure from Brussels to raise Ireland's 12.5% corporate tax rate.

He did not rule out such a move tonight, however he said he did not envisage doing anything to put at risk Ireland's strong industrial policy to attract foreign investment.

The Taoiseach said he would not be drawn into the specifics of how he plans to reduce Ireland's debt in the Government's four-year fiscal rectitude plan.

However, he said he was open to proposals from all parties on the country's path to economic recovery.

The Department of Finance said the 12.5% corporation tax rate will remain a cornerstone of Ireland's industrial policy.

The statement followed a warning from the European Commission that taxes will have to rise because of the economic and banking crisis.

The Department of Finance said that Brian Lenihan had acknowledged that taxation would form part of the solution to the country's fiscal problems and to stabilising the deficit.

The statement was issued after a warning from the American Chamber of Commerce in Ireland that any increase in corporation tax would impact on investment by multi-national companies in Ireland.

Sinn Féin has tabled a motion of no confidence in Minister for Finance Brian Lenihan.

Speaking after the party's Ard Chomhairle meeting in Dublin, Sinn Féin President Gerry Adams said the Government had no mandate for its policy of bank bailouts and expenditure cuts.

Mr Adams called on other Opposition parties to support Sinn Féin's no confidence motion in the Dáil.

He said the Government's policies would deepen the recession and lead to further job losses. 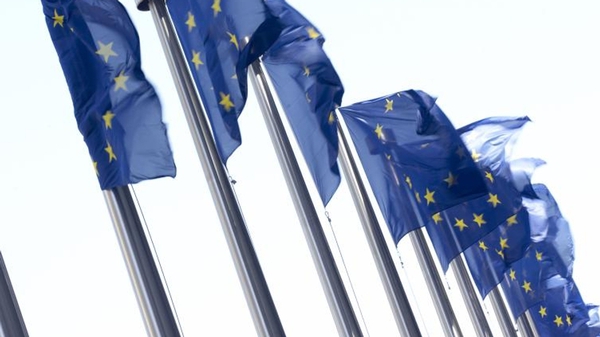 12.5% corporation tax rate will not be changed