Mr Medvedev removed the veteran politician by decree yesterday in an effort to impose his authority following public criticism from the mayor, but a lawsuit could further prolong the messy dispute.

Mr Luzhkov has made no public comment since his firing, but former colleagues and legal experts say he has the right to contest it in court.

The dismissal followed several programmes on state television portraying him and his wife, a billionaire construction boss, as corrupt.

‘Yuri Mikhailovich (Luzhkov) told me yesterday that he would file suit,’ Interfax quoted Iosif Kobzon, a famous singer and confidant of the ex-mayor, as saying.

‘I told Yuri Luzhkov that it was absolutely useless, but he is a man of principle and by all appearances will stand his ground,’ added Kobzon, who was seen leaving the mayor's office with MR Luzhkov after his dismissal.

The paper said the checks, which had not reached the stage of formal investigations, were based in part on claims made by opposition politician Boris Nemtsov and Vladimir Zhirinovsky, a flamboyant deputy parliament speaker who generally supports the Kremlin and has been vehemently criticising Mr Luzhkov.

The mayor had run Moscow for 18 years, but provoked the Kremlin's ire by targeting Medvedev with thinly veiled criticism in a newspaper article in early September. 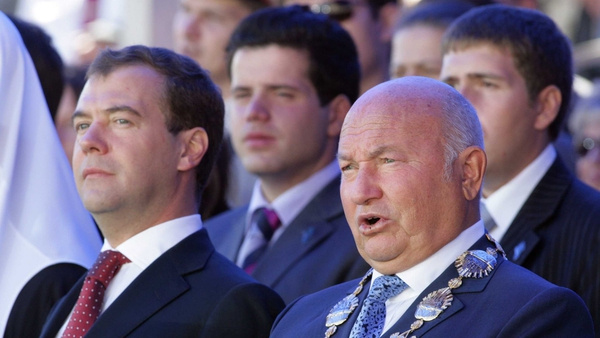