One of the 33 Chilean miners trapped deep underground for weeks had something to cheer about after the birth of a daughter.

Esperanza Elizabeth - whose name was inspired by the Camp Hope set up by the miners' family on the outskirts of the San Jose mine - was born yesterday through caesarean section, her family said.

She is the daughter of Ariel Ticona, who has been trapped with his fellow miners some 700m below the surface since the entrance to the San Jose gold and copper mine collapsed on 5 August near Copiapo.

The family recorded the delivery and hopes to show the video to the new dad by sending it down a shaft connecting the miners to the surface. 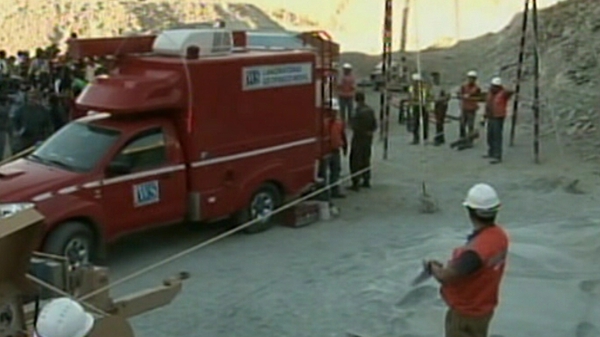