Ireland has been ranked 30th out of 33 countries for the amount of its overall wealth invested in education in 2007.

The OECD's annual Education at a Glance report suggests that in 2007 Ireland was spending 4.7% of its income on education.

The OECD average for that year was 5.7%.

The report also shows that from 1995 to 2007 the proportion of GDP that went to education in Ireland fell by half a percentage point.

At the height of the boom Ireland was spending significantly less of a proportion of its income on education compared to other OECD countries.

Responding to the report, the ASTI union representing secondary school teachers described the level of investment in education here as deeply depressing.

The Irish National Teachers' Organisation said the report showed that Irish class sizes were among the highest in the OECD and second highest in the EU.

The Teachers' Union of Ireland echoed Ruairi Quinn's call for the resources of FÁS to be allocated to the education sector and called for the agency to be dismantled in its current form.

The union believes its role should be subsumed into the Department of Education & Skills and that Institutes of Technology and Colleges of Further Education (PLCs) are best placed to provide the high-quality cost-efficient courses that the smart economy requires.

TUI General Secretary Peter MacMenamin said 'in its current form, we believe that FÁS is a barrier to the development of the smart economy.'

Peter MacMenamin said 'its credibility has been completely stripped by hugely damaging revelations over the past year.'

He continued, 'FÁS has degenerated into an outmoded, irrelevant and hugely expensive quango.' 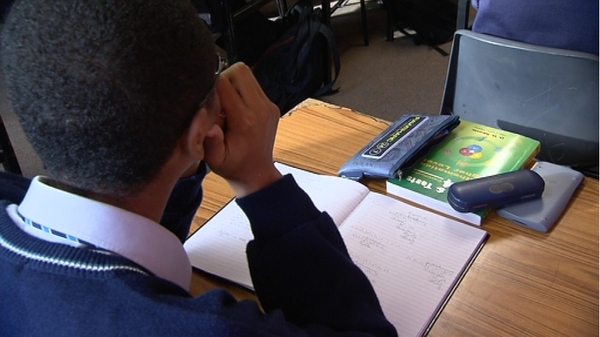 Parents paying over €800 on school costs