Unions at Our Lady's Hospital in Navan are to refer the Health Service Executive's decision to immediately end all acute and emergency surgery at the hospital to the Labour Relations Commission.

Despite requests, the HSE has said it will not be publishing the report on which they based that decision.

The HSE announced the move last Wednesday, which it said was in the best interests of the patients.

However, the decision - particularly to end elective surgery - has caused much anger in the community and among staff.

The medical boards in Navan and Our Lady's Hospital in Drogheda both met separately today to discuss the move.

Representatives from all staff also met with HSE management.

The meeting lasted two-and-a-half hours but afterwards there was deep disappointment from the unions who said management had failed to address the issues they raised.

The HSE said the meeting was constructive. Further talks are to be held on Thursday.

The Irish Nurses and Midwives Organisation's Tony Fitzpatrick said they were going to refer failure of the HSE to engage with staff before making the announcement last week.

He said they were legally obliged to talk to their employees as a result of the Information and Consultation Act but had failed to do so.

The Irish Hospital Consultants Association's Donal Duffy said the hospitals where patients now have to be sent to were already overstretched before this decision and the move had made the situation worse.

He also said they received no clarification from the HSE as to why non-emergency surgery was also ended at Our Lady's Hospital.

The HSE said the decision was made following a clinical assessment of the hospital, which showed that there were not enough patients to maintain the skills of the surgeons.

It said the move was in the best interests of the patients and would not be reversed. 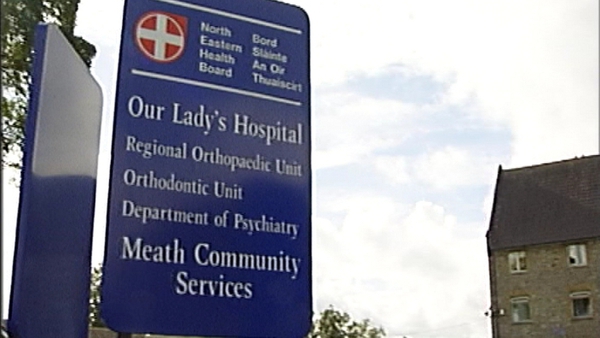