The Department of Education has confirmed that as a result of an European Union audit last year it has temporarily stopped claiming from the European Social Fund for FÁS until the issues raised are addressed.

The Department said that none of the €211m allocated to FÁS for the current funding programme have been drawn down.

But, it added, Ireland is not at risk of loss due to the postponement as it had met its deadlines.

The Department also revealed that questions are being raised about €185,000 in funding under the current ESF programme and €57m in relation to the previous one.

The Department said it has made arrangements with regard to both issues and no loss to the Exchequer is currently anticipated.

Last night, RTÉ News revealed that the Government had not made any applications for ESF for FÁS since November 2009 when an EU audit found problems with spending relating to FÁS courses conducted by private companies.

The confirmation comes as the State training agency comes under intense scrutiny after further revelations about its training programmes.

Today, Fine Gael's Fergus O'Dowd revealed that hundreds of people who completed courses have still not received their certificates.

In a statement this afternoon, FÁS said issues had arisen on a number of its external training programmes in the northeast region.

It said that as a result of these issues and in order to assure people regarding the quality and benefit of the training they receive, FÁS' Director General has carried out a detailed review of its external training provision.

The Director General will be reporting to the Board of FÁS on the review at its next scheduled meeting.

Labour's Education Spokesman Ruairi Quinn has called for the closure of FÁS and for its training funds to be redirected to established education.

Following the EU audit of FÁS last November, the European Commission said that in order to protect taxpayers, it wanted issues to be resolved before further funds were requested or paid.

The Department of Education said it has until 2017 to make an application for the funds.

Speaking on RTÉ's Morning Ireland, Mr Quinn said FÁS was no longer relevant to those who are now unemployed.

Taoiseach Brian Cowen has said that the board of FÁS will consider a strategic review plan of its operations at a meeting next week, which will be brought by the Minister for Education to the Government.

Jack O'Connor said 'Ruairi Quinn was undoubtedly the best Minister for Finance in my lifetime but he is totally and completely wrong in his call for closing down FÁS.' 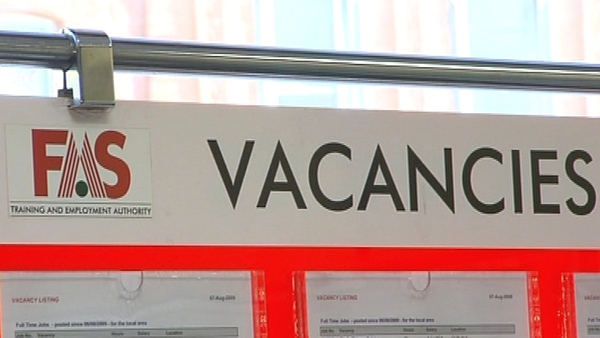 Govt has not applied for EU funds for FÁS