The Governor of the European Central Bank has urged governments to cut spending and public sector wages as the best way to fix their national accounts.

Speaking at a conference of central bankers in the United States, Jean Claude Trichet said he was sceptical of calls to postpone fiscal consolidation and boost stimulus spending.

He urged governments to be ambitious in their debt reduction plans, citing Ireland's achievements from 1994 to 2007.

Mr Trichet said reducing the debt overhang and achieving sustainable borrowing levels for all is the only option if governments want to create strong, sustainable and balanced growth.

He said debt reduction plans that focus on cutting spending and the government's wage bill are more likely to succeed than tax increases.

But he warned that, unlike in previous years, governments could not rely on falling interest rates to help them, as rates are already at record lows.

However, he did say there was some scope for reducing bond yields in high debt countries. 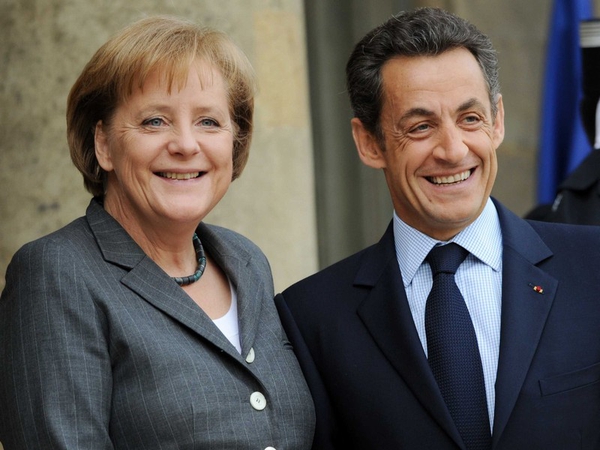 Merkel and Sarkozy meet ahead of EU summit