Anglo Irish Bank's chief executive has said the bank guarantee will have to be extended because the financial system has not yet stabilised.

In an interview with RTÉ News, Mike Aynsley said the bank also wanted to put Arnotts back on an even keel without creating further employment problems and managing a recovery of the business.

This would be likely to involve the bank taking over the company and selling it.

Mr Aynsley says he wants to try to focus Anglo on the future.

The bank's chief executive says he can understand why many members are so annoyed with the bank, but added that the constant beating of the bank in the media simply reinforces negative perceptions about Anglo.

Mr Aynsley says he is frustrated that he cannot give a final figure of what the cost to the taxpayer will be.

He says it depends on discounts applied by National Asset Management Agency to loans which will transfer from the bank.

He stressed he has brought in a new management team with international experience to stabilise the bank and create a viable lender.

800 workers have now left the bank, but 200 new staff have been brought in.

Many of them are working on restructuring, including complex situations such as the Quinn Group and Arnotts.

Mr Aynsley defended his plan to split the bank into a 'good' and 'bad' bank, saying closing the bank down would not get rid of the problems.

He said a closure would only transfer its loans to other parties, while he believed most of the €50bn of foreign funding the bank currently had would leave if Anglo were closed down.

There are a 'rump' of loans on good quality assets, including Arnotts, according to Mr Aynsley.

Mr Aynsley would not go into detail on its talks with the Quinn Group, but he said Anglo would work with the business to recover the money it borrowed from the bank.

After talks with NAMA, Mr Aynsley said there were some Anglo loans which may not now be transferred to the agency. He said this could reduce the final figure for Anglo loans going to NAMA by €2-4bn.

Meanwhile, Mike Aynsley said he hopes that plans to split the company into a good and bad bank will be operational by the end of the year.

In an internal memo seen by RTÉ, Mr Aynsley said this would be the best solution to the bank's financial problems, as winding down Anglo would cause a flight of foreign deposits putting more pressure on the State.

Mr Aynsley also said it was likely to be September before the EU makes a decision on the bank's restructuring plan.

If approved by the EU, Mr Aynsley said the split could be operational by year end with a full physical split by December 2011.

The chief executive hopes €10bn to €15bn of performing loans can form the core of the good bank. 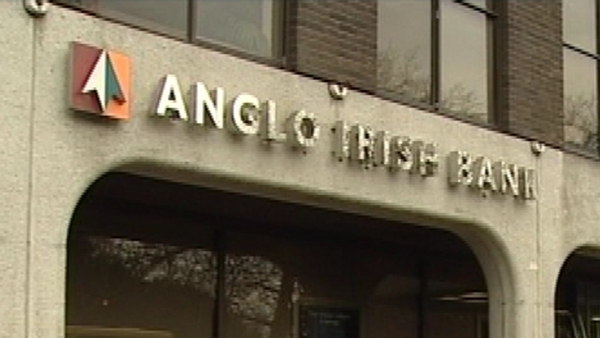