The Vatican has protested to Belgium over raids carried out on church offices and the home of a cardinal.

The raids were part of an investigation looking into sexual abuse of minors by Catholic priests.

In a statement, the Vatican expressed shock at the way the raids were carried out and 'indignation' at what it said was the violation of two cardinals' tombs.

In Brussels, a spokesman for the Belgian prosecutor said that investigators had partially opened only one tomb, which was within the cathedral itself.

He said that someone present in the cathedral at the time of the raids had told them that work had recently been done to the exterior of the tomb, which is why they chose to check inside.

Belgium's ambassador to the Vatican was delivered a formal protest by the Vatican's foreign minister.

Police raided several buildings of the Mechelen-Brussels archdiocese, including the episcopal palace at Mechelen.

A spokesman for Brussels prosecutors said the raid, involving dozens of officers and investigators, followed a string of accusations 'denouncing abuse of minors committed by a certain number of Church figures'.

The search focused on letters exchanged between alleged victims of paedophile priests and Church authorities. 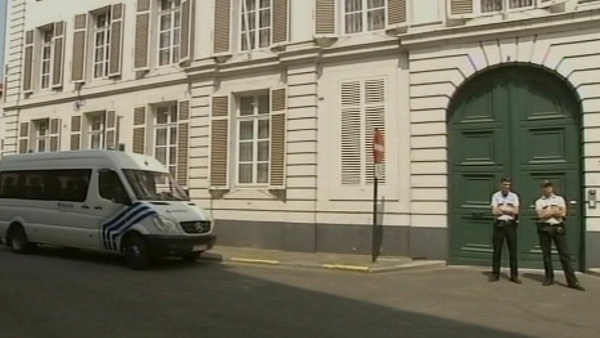