The Central Bank has published its plans for sweeping reforms of regulation of financial institutions.

The 'Banking Supervision: Our New Approach' report outlines how the Central Bank will introduce a more 'intrusive' approach to overseeing institutions, as well as introducing credit limits for consumers.

The report says that while banks may not be popular after the actions over the last decade, when they borrowed imprudently and lent recklessly, they remain essential to the functioning of the economy.

The Central Bank says its new 'intrusive' model of supervision means that it will have regular, detailed contact with banks, including attendance at board meetings and key risk management committees.

During the second half of the year, the Central Bank will also commission reviews of governance and risk management arrangements at the major retail banks.

These will look at such issues as the skill and experience of bank board members and the range of measures banks have taken to address weaknesses in practices and processes, which were exposed during the recent banking crisis.

Today's report says that the Central Bank is reforming its approach to supervision of Ireland's banks, mortgage credit standards and funding risks.

Banks have been asked to provide data on new mortgage and sales targets, arrears levels for the past year, mortgage drawdowns and risks to future lending.

The report says that when the Central Bank identifies risks in an institution, it will now insist on action to mitigate that risk.

Where banks can not, or do not, take appropriation action, the Central Bank warns that it will use its supervisory powers to force a solution.

The banks will also be expected to broaden their lending capabilities and the Central Bank says there is an 'economic imperative' to lend to growth businesses and sectors.

The Central Bank also wants to see the introduction of a Credit Register, which it says is a key resource for any banking system and operates in most other European countries.

The register would be able to check a bank's exposure to loans, as well as multiple borrowings by a consumer.

It says it 'could be made responsible for making the connections which would act as a check on the credit institution's compliance with large exposures limits and reporting'.

The register would be an important tool for both regulatory authorities and the banking industry and would also bring major benefits to consumers, the Central Bank says.

It would also allow for greater competition both from existing banks in Ireland and new entrants to the market.

The Central Bank says that legislation may be required to provide a suitable framework and data protection issues would need to be fully addressed.

On corporate governance, today's report says that the Central Bank will introduce, under its statutory powers, standards designed to strengthen the Irish regulatory regime.

Among other requirements, the new rules will impose a minimum number of directors, a review of board membership every three years and a clear separation of the role of chief executive and chairman.

The bank will also examine pay levels for executives in the country's financial institutions.

The report states that, in the past, resources for supervision were far below what was required.

To this end, the Central Bank is to recruit 150 extra staff this year, bringing overall staff there to 1,300.

It also plans to increase regulatory staff by as much as another 200 over the next two years.

It wants to have a minimum of ten supervisory staff per firm for major banks and building societies and improve specialist expertise by recruiting staff with director business/banking experience.

A compulsory training programme for all new and many existing Central Bank staff will also be held.

The Central Bank is also to set up a risk experts panel, who will prepare reports on key risks as they evolve and provide advice on proposed rules and regulation.

The report says that lending by commercial banks in Ireland needs to return to sound fundamentals and lending standards or what it calls a traditional form of banking.

It said that as lending to property developers at the height of the Celtic Tiger grew, banks increasingly focused on complex deals, profit sharing and personal guarantees to justify lending decisions.

'Credit institutions must return to more prudent lending standards, in an economy that will not be driven by property,' today's report states.

It says that credit granting will be based on sound and well-defined criteria, while banks have to ensure that valuations are prudent and up-to-date. 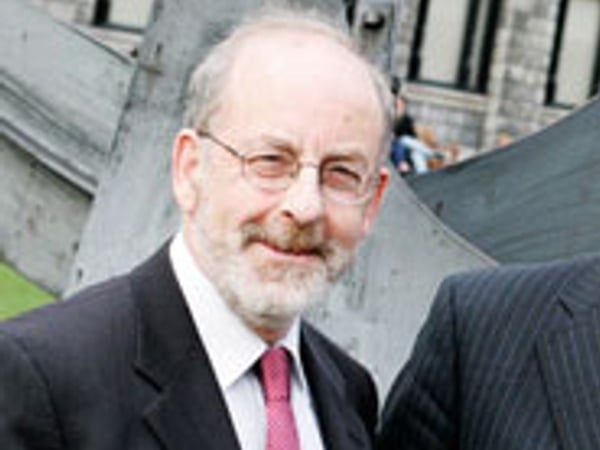