A 23-year-old man has appeared in court, charged with possession of cash which was stolen from the Ulster Bank on Sundrive Road in Dublin last week

Edward McCarthy from Reuben Street in Dublin was charged with possession of €61,000, which he knew had been stolen.

He was arrested last Friday following the abduction of a bank employee's partner from her home and the robbery of cash from the Ulster Bank, which was demanded for her safe return.

An armed gang forced their way into the couple's home and the woman was taken away at gunpoint and put into the boot of a car.

The bank employee was given a bag and a phone and forced to collect cash from the Ulster Bank and leave it for the gang.

When the money was collected a man was arrested and some cash recovered. The woman was later released unharmed.

Mr McCarthy was remanded in custody to appear again at Cloverhill District Court on Tuesday 8 June. 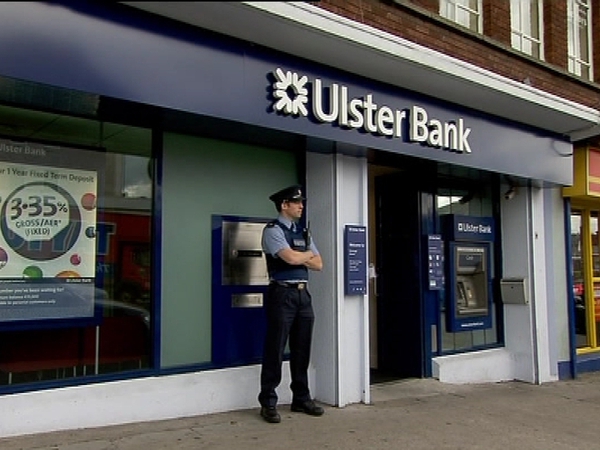