Immigration dominated the agenda of the third and final UK Leaders' Debate, with David Cameron coming out on top in early polls.

While neither questioner nor the three party leaders spoke specifically of Mr Brown's branding of pensioner Gillian Duffy as ‘a bigoted woman’ after quizzing him on Eastern Europeans flocking to Britain, it was only when the issue she had raised yesterday in Rochdale bubbled up again in the Birmingham studio that the broadcast came alive.

Mr Brown spoke speedily and rattled through the Government's policies and his own concerns, Tory leader David Cameron sounded predictably at ease with the issue and it was left to the Liberal Democrat leader Nick Clegg first to seem to deny his party's policy of an amnesty for illegal immigrants, then flounder while explaining it.

All three leaders were put through their paces, first on the economy then on issues from benefit scroungers to the affordability of housing to the future of education.

And in his perhaps final 90 minutes to undo the damage he did yesterday, Mr Brown - blighted by his nervous grin - fulfilled Labour election strategist Lord Mandelson's ambition that he should be seen as a workhorse rather than a ‘show pony’.

Mr Cameron gave his most assured performance yet, looking far more relaxed and comfortably addressing viewers straight down the camera lens, addressing Mr Brown frequently as Prime Minister - rather than Gordon or Gordon Brown, as he had done the previous two weeks.

It was a tactic presumably designed to highlight the fact that Mr Brown's party has been in power for the last 13 years, and pay due deference to his office, eschewing the rather showy ‘if I was your Prime Minister’ formula the Conservative leader deployed last week.

Mr Clegg looked less at ease than during any of the previous contests, not just over immigration but on a range of issues where he tried to cut across the other two leaders and seemed sometimes at pains to agree with every questioner.

But if his performance tonight was somewhat lacklustre, he has undoubtedly been the big winner of the first series of televised showdowns which look set to become a fixture of British election campaigns.

Earlier, the leader of the British National Party said Irish citizens are welcome in Britain despite his party's anti-immigration policies.

Nick Griffin said the country's doors would be shut, except to those immigrants whose entry would suit the UK, such as physicists with specialist skills.

Speaking on BBC radio this morning, Mr Griffin said: 'We are certainly not going to shut the doors to the Irish, because the Irish, as far as we are concerned, are part of Britain and fully entitled to come here.

'We mean that the doors are going to be shut, because Britain's full. We are the most overcrowded country in Europe.

'If you are talking about Polish plumbers or Afghan refugees, the doors are going to be shut, because Britain is full.'

'The door is shut to any significant numbers whatsoever, from anywhere. It's open where it suits Britain and suits the British people. That's fair enough.' 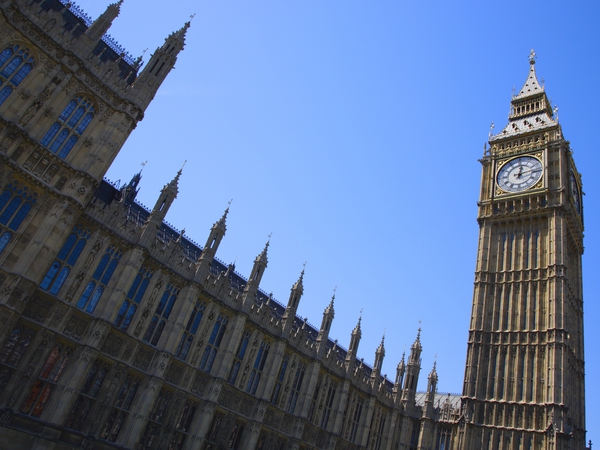 Clegg says he will not prop up Labour