The Irish Federation of University Teachers is to recommend that its members reject the Croke Park agreement on public sector pay and reform.

The unanimous decision by IFUT's executive was taken at a meeting this morning.

IFUT General Secretary Mike Jennings said: 'While recognising that there are some positives in the proposed agreement, the offer of a blank cheque for the renegotiation of staff contracts, with fundamental and far reaching implications for educational standards, is simply not acceptable.'

Mr Jennings also said the executive has also decided that IFUT will not be bound by any aggregate vote of other public service unions.

This means that if IFUT votes to reject the Croke Park Agreement, but a majority of unions accept it, IFUT will not regard itself as being bound by the majority vote.

It said it 'reserved the right to make whatever decisions are necessary if members' jobs and conditions are put in jeopardy'.

The matter will be put to a ballot of the union's members on 24 April.

The Government has again stated its intention that the agreement is 'best deal that can be negotiated'.

In a statement this afternoon it says: 'The process requires time for consideration and discussion, and it will be for individual members of the unions concerned through their ballots to decide whether to accept or reject the deal.

'In the interest of clarity, the Government confirmed its intention, on ratification, to enter into and operate the Agreement in absolute good faith, including the provisions relating to the review of public service pay.' 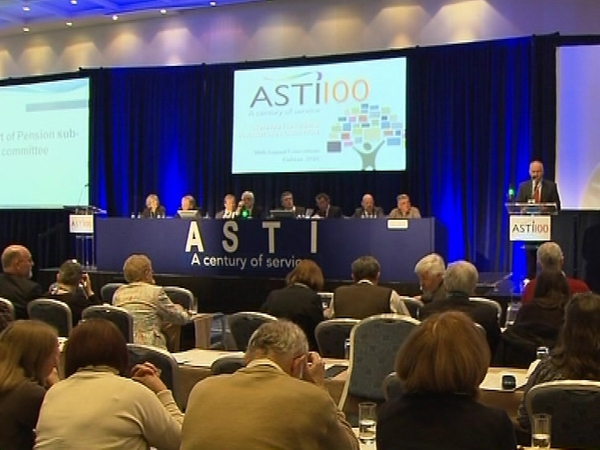