The leadership of the SIPTU has decided that the ‘balance of advantage’ lies with accepting the Croke Park public sector pay and reform agreement.

It believes that the agreement could benefit from greater clarification in a number of areas, but as yet it is unclear precisely which areas it would like clarified.

It now intends to mount a detailed communication exercise to inform members around the country before they ballot on the deal in the coming weeks.

SIPTU represents around 70,000 public sector employees, many of whom work in grades which would have been at risk of job losses through outsourcing without the Croke Park agreement.

The SIPTU decision will boost the three unions supporting the agreement, who had so far been significantly outnumbered by the seven unions opposing it.

Minister for Finance Brian Lenihan has said it was disappointing that there has been rejection from many quarters of the proposed deal on public service pay and reform.

Speaking on RTÉ's News At One, Mr Lenihan said he believed the deal offered a way forward for public servants, as it gave a certainty of no further pay cuts and no further redundancies.

Mr Lenihan acknowledged that the deal focused on productivity, but said that was what the public and the taxpayer wanted to see from the public service.

The Irish Nurses and Midwives Organisation today became the seventh union to recommend that its members reject the Croke Park agreement.

The INMO has over 40,000 members and its recommendation is highly significant.

Announcing the decision, INMO General Secretary Liam Doran said that the decision by the executive council was unanimous.

The union said it will now develop its alternative agenda for change in the health service and present it to the union's annual delegate conference on the first week of May for endorsement.

Mr Doran said the main reason for recommending rejection was that the deal would not guarantee reversal of the pay cuts. Instead, it guaranteed further pay cuts by the Government if staff did not 'jump to the Government tune'.

The Minister for Enterprise, Trade and Innovation, Batt O'Keeffe, said he was dissappointed at the latest rejections of the public service deal by union executives.

He said the deal guaranteed public sector jobs, no more paycuts or mandatory redundancies and rhetorically asked how many in the private sector would like such guarantees.

He said he still had confidence in the maturity of public sector workers who realise the country is in a difficult situation and that rejecting the deal will be going down a road of industrial relation disruptions. 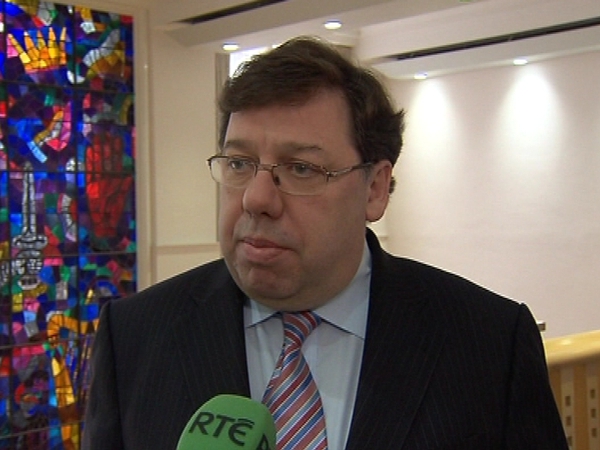