The pilot of a plane that crashed on Saturday at the Powerscourt Estate in Enniskerry, Co Wicklow, has died.

69-year-old Dr Michael Slazenger was the owner of Powerscourt Estate.

His friend, Noel Whitney, died at the scene of the accident.

The crash happened shortly after 3pm on Saturday as the two-seater single-engine aircraft was landing on a private airstrip at Powerscourt.

The landing was aborted and the plane's right wing hit a tree before the aircraft overturned and crashed. 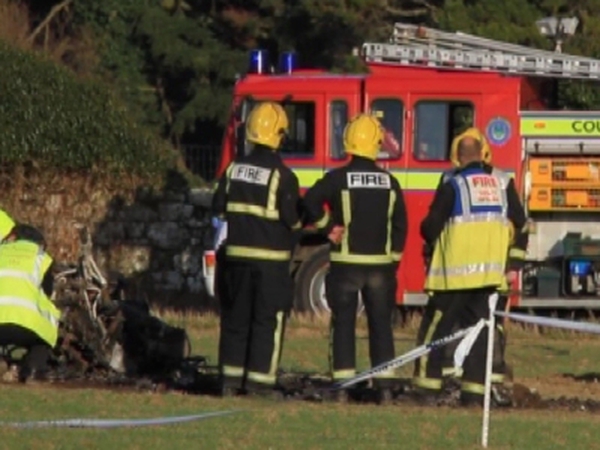 One dead in Wicklow plane crash