The Association of Secondary Teachers of Ireland has voted to reject the public sector pay and reform deal.

ASTI President Joe Moran said the motion was passed overwhelmingly at today's session of their annual conference in Galway city.

Earlier, ASTI General Secretary John White told delegates that 'this is a great time of difficulty' for their members and a time when they will be truly tested.

He said teachers and other public servants have had their take-home pay cut by up to 19%, while their terms and conditions of employment are under attack.

Mr White called on Minister for Educarion Mary Coughlan to lift the moratorium on teacher recruitment before the education of this generation of pupils was 'irretrievably damaged'.

Meanwhile, the Minister has given her backing to the introduction of bonus points for achievement in Leaving Certificate maths.

Addressing delegates at the annual conference of the Teachers' Union of Ireland in Ennis, the Minister said it was her view that the introduction of such an incentive would send a clear signal to students.

The Minister was greeted with silence as she entered the conference hall. The only noise as the Minister entered the room was the clicking of cameras.

There was no applause from any delegate, including the top table.

She told delegates of her passion for the VEC sector. A passion she said stemmed from her earlier membership of Donegal VEC.

She said as Minister for Enterprise she had had responsibility for delivering the State's skills services and she said she was open to the more joined-up approach that the TUI had long called for.

But she reminded delegates that there was now less money available for public services.

Referring to the bar on the filling of management posts in schools, the Minister promised some limited alleviation for schools that were experiencing acute problems.

There were scuffles as the Minister left the conference.

A small group of demonstrators protesting against NAMA met the Tanáiste at the door and there was jostling as she and her officials made their way through the protestors.

Delegates gave TUI President Don Ryan a standing ovation when he accused the Government of mismanagement and arrogance.

The TUI earlier called for the cap on the number of students in Post Leaving Cert courses to be lifted.

The union says 60,000 students applied for 30,000 places last year and it has predicted that an even greater number will be disappointed this year unless the restrictions are eased.

Delegates criticised the cap and the lack of resourcing for the further education sector.

One delegate from Ballyfermot College of Further Education told the conference that his college had been celebrated internationally for the academy award success for former student Richard Baneham, but students at the college were working in cold and damp conditions, with no technicians.

Elsewhere, the INTO Executive will proceed with its ballot of 30,000 members on the pay deal.

This follows the defeat of a motion seeking further clarity on revised teachers' contracts prior to any such ballot tacking place. The motion was defeated by 306 to 248 votes. 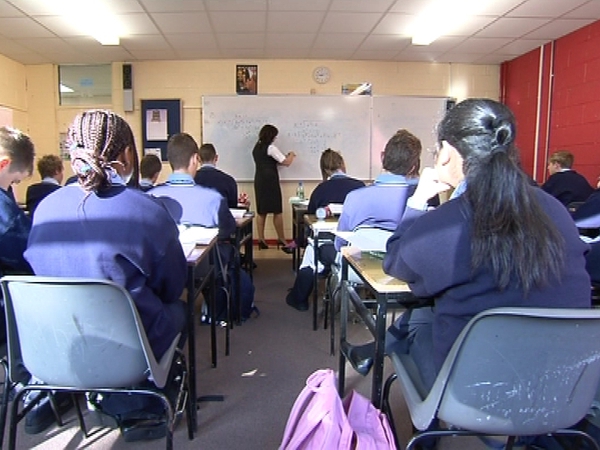