Sean FitzPatrick has been released from Bray Garda Station after being questioned for almost 24 hours about financial irregularities at Anglo Irish Bank.

The 61-year-old was released without charge just before 2pm this afternoon.

The garda investigation is still continuing but a file on the case will be sent to the Director of Public Prosecutions.

The former chairman and executive of Anglo Irish Bank walked briskly to a car and was driven away without making any comment.

Mr FitzPatrick was arrested by members of the Garda Bureau of Fraud Investigation at his home in Greystones, Co Wicklow, at 6.30am yesterday. Gardaí also searched Mr FitzPatrick's home.

He was detained under Section 4 of the Criminal Justice Act 1984, which allows for a total detention period of 24 hours not including whatever period the detainee sleeps.

Mr FitzPatrick stepped down as chairman of Anglo Irish Bank in December 2008.

Minister for Finance Brian Lenihan yesterday responded to Mr FitzPatrick's arrest by saying: ‘I have always stated there is an extensive garda investigation under way.’

Minister Lenihan added that he has been cautious not to prejudice that investigation. 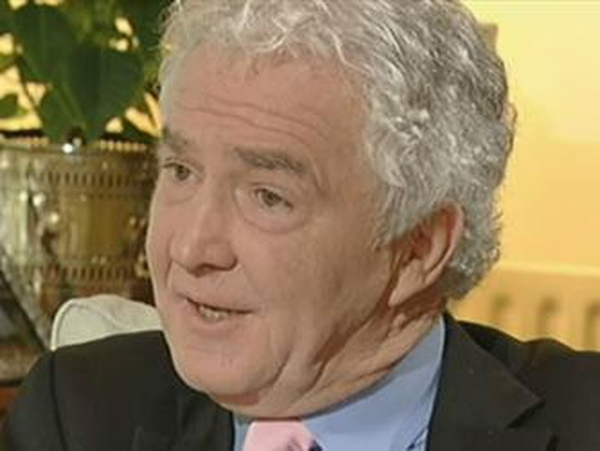