A coroner has said there was evidence that speed was a factor in a Co Kerry crash in which the driver lost control of his car, which hit a wall before bursting into flames.

The driver and owner of the car, 19-year old Tim Reidy, and his passenger, 21-year old Peter Galwey, both of Castleisland in Co Kerry, died when their car crashed on the main Killarney to Tralee road after midnight on 13 August 2009.

The inquest was told that a truck driver made every effort ‘humanly possible’ to save the lives of the two men who lost their lives on the N22 near Killarney last August.

The car they were travelling in hit a wall, crossed the road and burst into flames, and then exploded, the inquest into their deaths at Killarney courthouse heard.

There was ‘a trail of fire’ along the main road near Lawlor's Cross, Killarney after the crash and the driver and passenger could only be identified through dental records.

No drugs or alcohol were detected in either man.

After hearing the evidence, Coroner Terence Casey said there was evidence’ speed was a factor ‘and it appeared the driver lost control of the vehicle at a bend.

‘Unfortunately these incidents of young men going out in powerful cars were all too common.

‘Young men could not see the danger, of speed and powerful cars‘, but ‘something must be done to stop the carnage,’ coroner Mr Casey said.

Both men died instantaneously, and did not suffer, he assured their grieving families. 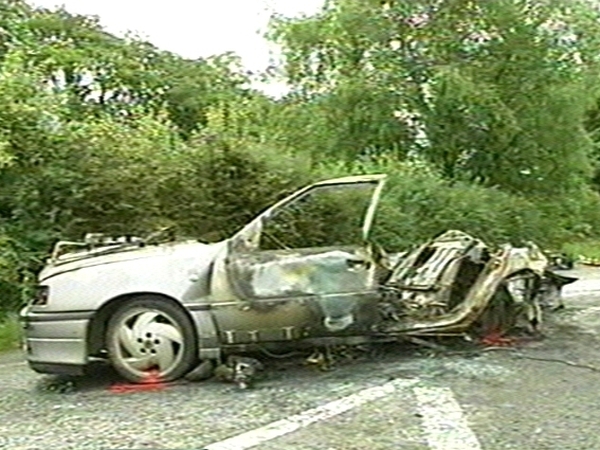 Two die in crash near Killarney