The Northern Secretary Shaun Woodward has said he hopes to be in a position to publish the Bloody Sunday inquiry report within days of receiving it from Lord Saville.

He was speaking in Derry last night after meeting relatives of the 14 people killed by British soldiers in January 1972.

The relatives had asked Mr Woodward to give them the report at the same time as he receives it.

The report is due to go to the British government in the week beginning 22 March.

The relatives had previously criticised Mr Woodward because they had been told they would not get the report until two weeks after the government had received it.

They said they feared it could be amended or have parts withheld by government agencies.

Mr Woodward said the report had taken too long to complete when he appeared at the Northern Ireland Affairs Committee at Westminster on Wednesday.

He also warned that the report could languish in a warehouse for weeks if a British general election was called.

At a separate meeting, Alliance Party leader David Ford, who could be nominated as Minister for Justice next month, has apologised for offending the relatives of Bloody Sunday victims.

He had been criticised after a private email, in which he described the Saville Inquiry as 'pointless', was leaked. Afterwards he acknowledged that his email had caused offence.

'This comment was taken out of the context of a hastily-written email and is not a full representation of my views,' he said.

'I realise that my choice of language was clumsy and inarticulate, and its publication has caused hurt.

'I am very pleased to have been able to meet with some of the families and I have apologised to them for the comment that caused offence.'

Mr Ford maintained he still had concerns about the process and the cost-effectiveness of the Saville Inquiry, but he said he shared the families' hopes that it would provide both justice and closure. 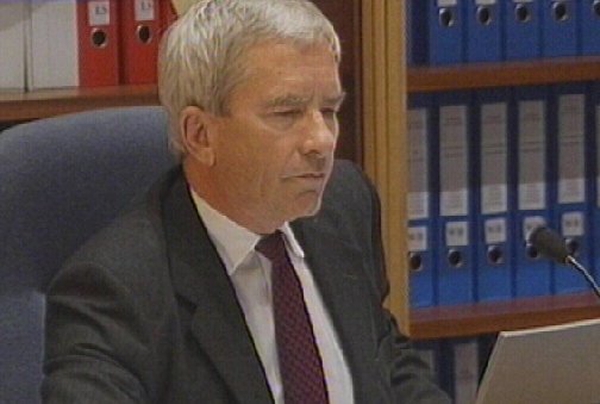