Dozens of ships, including a number of large passenger ferries, have been freed from ice in the Baltic Sea.

'There are no more ships stuck in the ice,' confirmed Ann Ericsson of the Swedish Maritime Administration's ice breaker unit.

The vessels became ice-bound just outside the Stockholm archipelago, including the large Amorella ferry with around 1,000 passengers and crew.

Many cargo ships and commercial vessels had also been trapped further north in the Bay of Bothnia.

The maritime administration said yesterday that around 50 ships in total were stuck in the Baltic Sea ice.

However, the Viking Line ferry company insisted 'there was at no time any danger to the passengers'.

Sweden has suffered an unusually harsh winter this year.

Johny Lindvall of the Swedish Maritime Administration's ice breaker unit said yesterday that the freezing winds in the Baltic over the past week made it easy for ships to get caught in the ice. 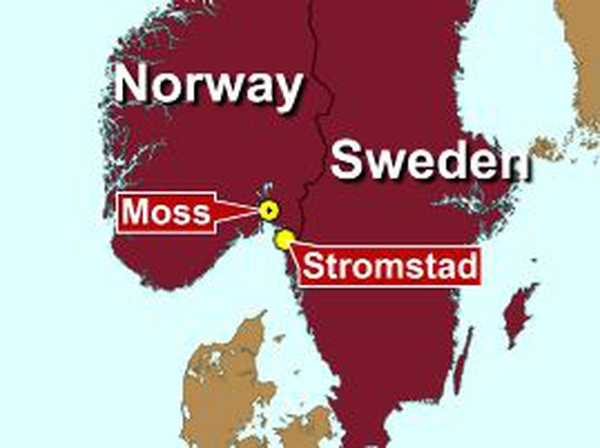