The 49-year-old, from Clancool Terrace in Bandon, had admitted false imprisonment, theft and manslaughter, but denied murdering the 60-year-old widow.

He abducted Mrs Corcoran from her home at Kilbrittin on January 19 2009.

He beat her over the head with a piece of wood while she was tied up and gagged in a bedroom at his home. She died from head injuries and asphyxiation.

He cleared out her bank account over a number of days and then dumped her body and set it on fire before burying it.

He took a holiday in Austria but was arrested on his return after CCTV footage linked him to ATM withdrawals from Mrs Corcoran's account.

The prosecution said he had acted in a calculated and callous manner. Counsel for the prosecution John O’Kelly said all the factors that led to her death; the head injuries and the way she was bound and gagged, were caused by Hayes.

He said although his primary motive may have been money, he could not treat the widow's death as collateral damage.

Mr O’Kelly said her life was snuffed out by a cold and callous robber because she was no longer needed once he had the information on her bank cards and was a substantial liability because she could have identified him.

Hayes gave evidence in his defence and said he never meant to kill Mrs Corcoran. He was under financial pressure and decided to steal money from her.

He said his plan all along was just to frighten her but when she refused to give him money he decided to abduct her to increase her fear.

He said he never used any violence before he forced her to reveal her pin number and only hit her afterwards to knock her out for a while. He denied that bruising found on her face and eye was caused by him.

He said he didn't think he hit her too hard despite the fact that the skin on her scalp was split through to the skull bone.

The defence claimed there was a degree of stupidity on the part of Hayes.

His lawyers said he had gone on an escapade and did not plan for it to turn out like this. They said he was driven by greed and had not thought his actions through.

They said he would not have known about the dangers of using a gag on Mrs Corcoran, which was a contributory factor in her death.

Hayes claimed he had hit Mr Corcoran about five times over the head only to knock her out while he stole from her bank account. He said she was alive for a time after he had knocked her unconscious but died overnight.

The court heard he had previous convictions for burglary, including one on an 84-year-old woman.

He was also convicted of assault with intent to rob an elderly person.

He faces a mandatory life sentence when he comes before the court on Wednesday when victim impact evidence will be heard. Anne Corcoran's family broke down in tears after the verdict. 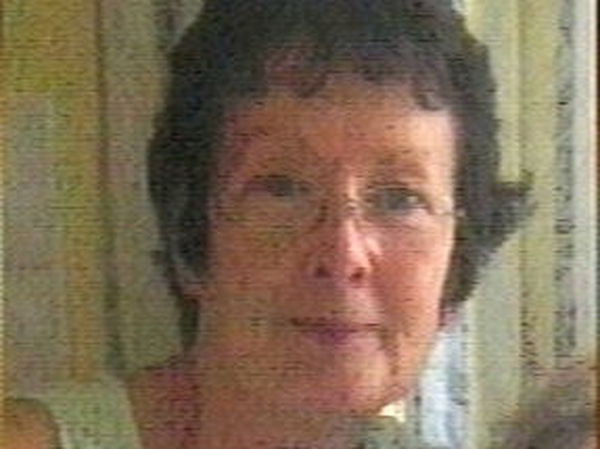