The Court of Justice of the European Union has ruled that Irish legislation fixing a minimum retail price for cigarettes infringes EU law.

Irish legislation breaches Directive 95/59, which has rules on excise duty affecting the consumption of tobacco products.

The Court says imposing a minimum price on cigarettes can undermine competition by preventing some manufacturers taking advantage of lower cost manufacturing prices, so as to offer more attractive retail selling prices.

The Court says that while the directive ensures health protection, it does not prevent member states from combating smoking.

In a statement, the court said 'a system of minimum retail selling prices for tobacco products cannot be regarded as compatible (with EU law) unless it (ensures) the competitive advantage ... for some manufacturers and importers of those products from lower cost prices is not impaired.'

It said Ireland, which seeks to discourage smoking by pushing up the price of cigarettes, is still free to impose heavy taxes on tobacco.

'Packs of cigarettes are being purchased up and down the country for as little as €3.50 on the black market. This is under half the current minimum price of €7.75.

However, the Irish Cancer Society and ASH Ireland have expressed disappointment at the ruling.

Head of Advocacy with the Irish Cancer Society, Kathleen O'Meara, said the ruling could mean a reduction in the price of cigarettes in Ireland and called on the Government to act immediately to prevent that happening.

Dr Angie Brown of ASH Ireland said: 'We will be in contact with the Government on this vitally important matter.

'Price is well established as the most important measure in encouraging smokers to quit and discouraging young people from starting to smoke and we must always bear this in mind when legislating on tobacco price.' 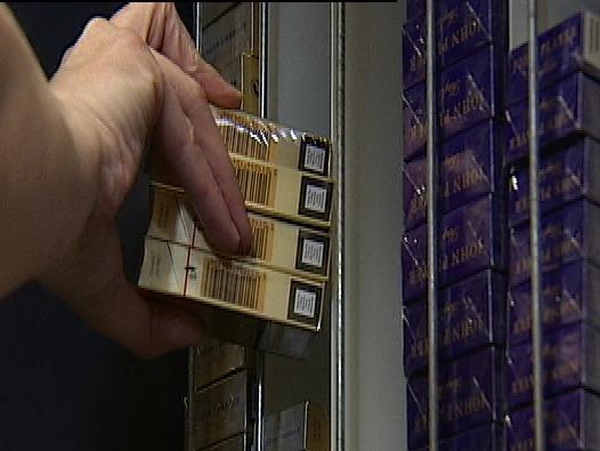 Ban on ten-pack cigarettes in effect