Full pre-clearance facilities for all general aircraft, including private jets, are now available at Shannon Airport.

The new facility, which opened to all US bound commercial aircraft last August, is to offer full immigration customs and agriculture pre-clearance facilities at Shannon - the only airport in Europe to offer the service.

It came about as a result of an agreement between US Secretary of Homeland Security Janet Napolitano and Minister for Transport Noel Dempsey.

The opening of the service to private aircraft was attended by US Ambassador to Ireland Dan Rooney this morning.

The airport expects the new service to significantly increase the amount of US bound business which will use Shannon, and hopes it will help to replace business lost due to the global economic downturn and the effects of the Open Skies policy.

British Airways and Continental Airlines have already confirmed they will be adding services to take advantage of the new facility. 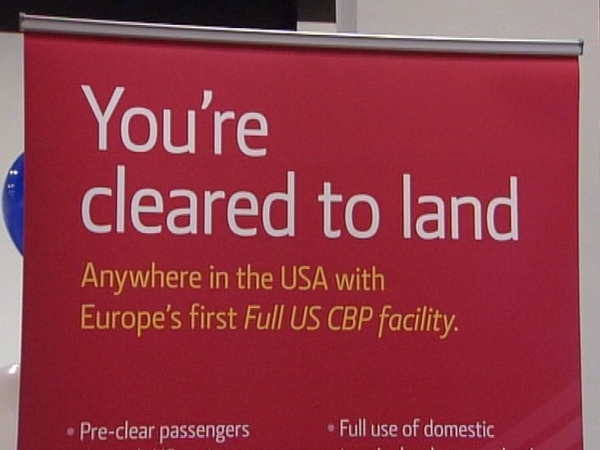