Former French Prime Minister Dominique de Villepin has been cleared of being part of a conspiracy to smear Nicolas Sarkozy and sabotage his campaign to become president in 2007.

The verdict in the 'Clearstream' case represents a blow to President Sarkozy.

He made no secret of his enmity towards Mr de Villepin when the two served together in the government of former president Jacques Chirac.

Mr de Villepin, who became prime minister in 2005 after stints as foreign and interior minister, had been accused of using faked documents to link Mr Sarkozy to a corruption inquiry as the two battled to succeed Mr Chirac.

The documents listed Mr Sarkozy's name along with dozens of others from France's business and political elite, purportedly tying them to secret accounts held at Luxembourg-based securities clearing house Clearstream.

He always denied the charges and said repeatedly that he was a victim of a vendetta by Mr Sarkozy, who won power in the 2007 election.

In a ruling read out to the court, a judge said that there was no clear evidence that Mr de Villepin had tried to smear Mr Sarkozy.

Another co-defendant was also let off, but the three other defendants, including Jean-Louis Gergorin, a former top executive at aerospace group EADS, were all found guilty of conspiracy in the case. 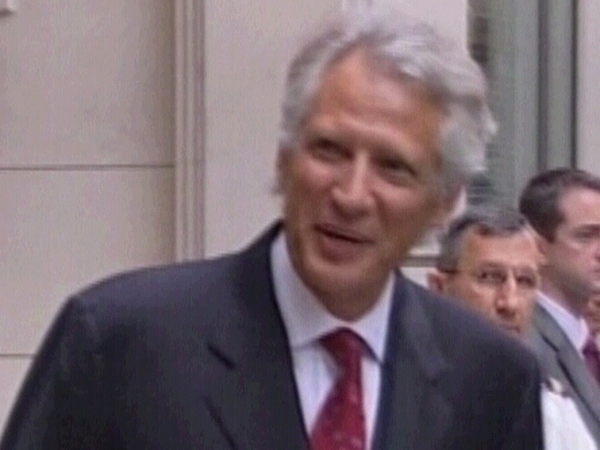