The Taoiseach and the British Prime Minister have issued a statement in Copenhagen tonight urging Northern Ireland’s political parties to complete the transfer of- justice and policing powers early in the New Year.

Brian Cowen and Gordon Brown met on the margins of the climate summit in Copenhagen.

Their intervention will be seen as an effort to end the dispute between the DUP and Sinn Féin that is hampering the power-sharing administration at Stormont.

In tonight's statement, the British government makes it clear that the £1 billion package promised to fund the transfer of justice and policing is conditional on the process being completed ‘in the coming months’.

In recent weeks Sinn Féin's Martin McGuinness had warned there would be a crisis in the power-sharing administration if the DUP leader, Peter Robinson, had not agreed to a devolution date by Christmas.

Tonight's intervention may be timed to convince both Sinn Féin and the DUP that the two governments want devolution to go ahead early in the New Year.

Analysts have said the statement may be enough to convince Sinn Féin that it should postpone reviewing how it might respond to the on-going problems in Stormont.

It is understood that in recent weeks officials from Sinn Féin and the DUP have been holding private discussions about a range of issues, including contentious parades. 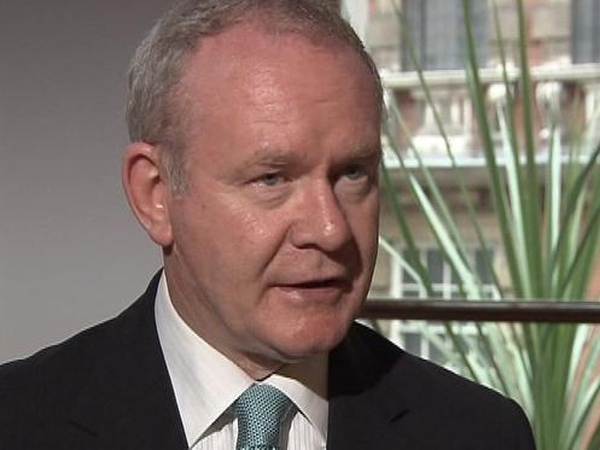 Taoiseach to discuss policing with McGuinness