Minister for Finance Brian Lenihan has said the Government's cap on bankers' pay will not be breached with the appointment of the new managing director of AIB.

According to reports in today's Irish Times, the bank had proposed that senior executive Colm Doherty would be appointed to the role - retaining his existing salary of €633,000.

Speaking on RTÉ Radio, Minister Lenihan said the issue was discussed at a Cabinet meeting this morning, where it was decided that the Government would not be willing to break with the established guideline.

He said the Government was adamant that the cap, which limits pay at €500,000, would not be breached.

In an earlier statement, the Minister said he had received a proposal from AIB on certain salary arrangements, but had not approved these arrangements.

Any suggestion that he had was 'inaccurate', the statement concluded.

The Fine Gael leader, Enda Kenny, asked Taoiseach Brian Cowen if he supported the proposed appointment of what he called 'an insider' to the post of managing director at AIB at a slary above the Government cap.

Mr Cowen reiterated the Government's position as outlined by the Minister for Finance.

He said that discussions were ongoing between the bank and the department of finance. He said it was important to allow the process to develop with the view to finding an arrangement that was consistant with the Government position.

The Taoiseach then accused the Fine Gael leader of engaging in a peronal attack on the individual proposed by the bank.

Mr Cowen said it was the purpose of the Government to have effective management structures in place. He said the Government had made clear its position in relation to the filling of the post of a CEO in line with what had been set down by the Government last March.

He said AIB had come forward with their proposal and Minister Lenihan had communicated his position to the bank and he would await developments.

In April, AIB announced that chief executive Eugene Sheehy, its chairman Dermot Gleeson and its finance director John O'Donnell were to stand down.

At that time the bank said a process would be put in place 'immediately' to find a replacement for Mr Sheehy.

Mr Sheehy was to stay on until his successor is appointed.

In the spring the Department of Finance capped pay of chief executives of AIB and Bank of Ireland at €500,000.

AIB wanted to fill the role of its outgoing boss Eugene Sheehy with an internal candidate, however the Government wanted an outsider brought in.

As a compromise chairman Dan O'Connor is to get the dual roles of chief executive and chairman as an interim measure.

Head of capital markets Colm Doherty, the bank's choice as CEO, will have the slightly lesser title of managing director.

However the bank has proposed Mr Doherty retain his existing salary of €630,000 - in breach of the pay cap.

In the Seanad today, Senator Shane Ross said AIB Bank had given the two fingers to the Government and the Minister for Finance.

He said the row was an extraordinary challenge to the credibility of the Government.

He believed the Government was going to accept this from the bank. 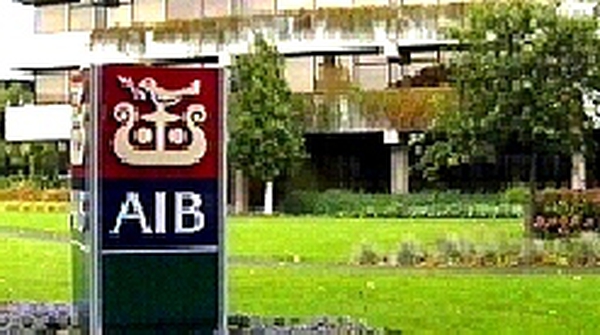 AIB chief executive to stand down