A suicide bomber has blown up his car at a police checkpoint in the Pakistan city of Peshawar, killing at least 11 people.

A local government official said: 'At least 11 people have been killed and 26 others wounded.'

He added that the bomb was detonated when police asked the driver of the car to stop at a checkpoint.

Three women, three children and five men were killed in the explosion.

Malik Jehangir, who was in charge of the checkpoint, said policemen were checking vehicles when he saw a suspicious black car across the barrier and asked one of the policemen to go and check it.

'I saw that there was some argument between the driver and the policeman and suddenly a blast downed me with shrapnel piercing my shoulder,' he said. 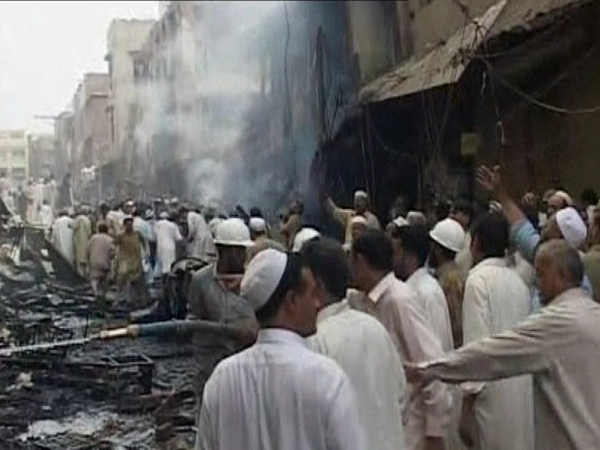