The body representing the motor industry has repeated its calls for a scrappage scheme to be introduced to help the industry.

In its pre-Budget submission, the Society of the Irish Motor Industry urges the Government to bring in such a scheme from January 2010, to operate for 12 months.

Under the SIMI plan, there would be a €2,000 refund of Vehicle Registration Tax when a ten-year-old car was scrapped for a new car.

The body says the motor industry has lost 10,000 jobs over the past two years, and another 10,000 could lose their jobs next year. It says current predictions are for new car sales next year to remain at 2009 levels of around 60,000.

SIMI is also calling for a VRT refund scheme, which would refund Irish car dealers when they exported a used car. It also wants the 13.5% VAT rate on repairs and car servicing to be retained or reduced.

The industry body has also urged talks with other interested parties on changing the current registration plate system, arguing that it produces 'an extreme form of seasonality' in car sales which does not benefit the industry, the Government or the consumer.

It also calls for the Government to clarify its plan for VRT - in the light of the Commission on Taxation's recommendation that it be replaced by usage taxes.

Green Party Transport Spokesman Ciarán Cuffe earlier said he is not convinced that the introduction of a car scrappage scheme makes economic or environmental sense.

Fianna Fáil backbenchers join SIMI in calling for such an initiative to be introduced in the Budget.

Mr Cuffe questioned the proposal during a global financial crisis.

He said: 'If we are to have a car scrappage scheme, it would need to stack up in both economic and environmental grounds.

'When times are hard, you have got to look very carefully as to how best to use money.'

Mr Cuffe said that the Government's first priority is job creation and he does not believe that a 'cash-for-bangers' scheme would sustain long-term employment.

'I am not convinced that helping car dealers is going to boost the smart economy or the knowledge economy,' he said.

He also rejected SIMI's claim that it would save jobs and be good for the environment by taking older cars off Irish roads.

Figures from the Department of Environment show that there are around 1.9m cars in Ireland and that almost 678,000 are ten years or older. 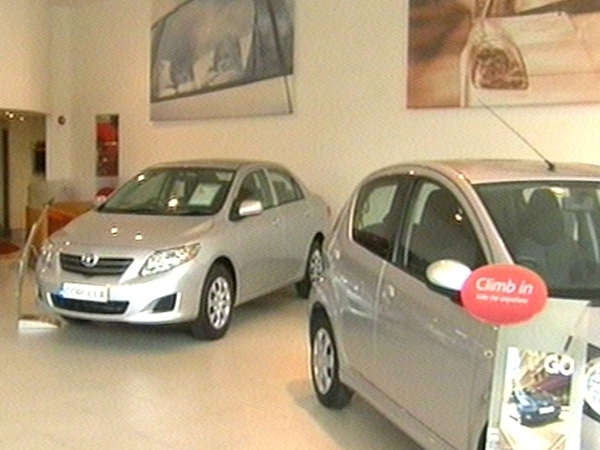