Thousands of workers around the country have taken to the streets in a series of marches to protest against proposed Government cuts in pay and services.

The main march in Dublin left Parnell Square and proceeded down O'Connell Street, around College Green and on to Merrion Square for a large rally.

Gardaí say at least 30,000 people marched through the capital. However, speakers at the rally said that 70,000 people took part in the protest.

Organisers of the march say public sector workers were joined on the march by many employees from the private sector in a show of solidarity. The organisers said 20,000 people attended the demonstration.

In Waterford, local trade union branches were joined by delegations from Kilkenny, south Tipperary and Wexford.

A spokesperson for the Galway Council of Trade Unions addressed a 5,000-strong crowd and said they fully supported ICTU's ten-point plan to protect jobs and incomes.

An estimated 5,000 people joined the march in the centre of Limerick city. The protest was led by the Limerick Council of Trades Unions.

A similar number of people attended a rally in Sligo. Those on the march had travelled from Donegal, Leitrim, Cavan, Roscommon and Mayo.

Over 4,000 took part in a protest in the Taoiseach's constituency town of Tullamore in Co Offaly.

The protest in Dundalk rose to over 1,500 participants, as the crowds gathered for speeches in the town centre.

The Irish Congress of Trade Unions, which organised the day of action, is opposed to the Government's economic strategy, which it says will inflict unfair hardship on working people and the vulnerable in society.

'We hope that the Government realises that there is a strong opinion against the Budget proposals,' said ICTU General Secretary David Begg.

'We hope that they will look at our plan, which is for a more gentle transition in the period of adjustment.

'By deflating the economy so quickly and strongly they will push it towards a prolonged slump. They (the Government) don't realise that.'

SIPTU President Jack O'Connor told the crowd in Dublin that the 5% of population who own 40% of the country's wealth would have to be forced to pay their share towards correcting the country's finances.

Employers' groups have criticised the protests. IBEC said the protest would send out the wrong signal to potential investors abroad, and would be damaging to jobs.

Taoiseach Brian Cowen has insisted the Government must find savings worth roughly €4bn in the Budget on 9 December. 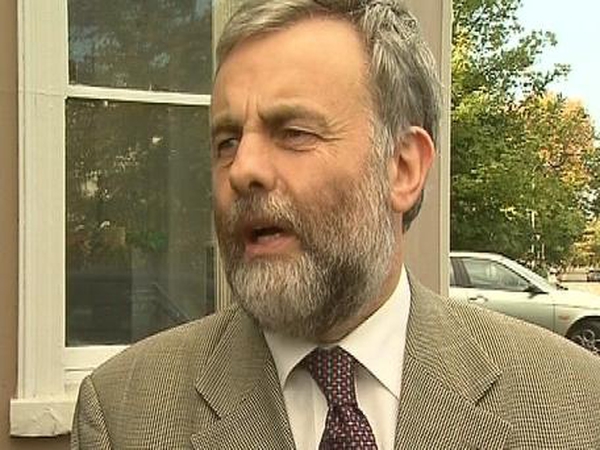 Talks between Cowen and ICTU end