The Taoiseach has told the Dáil that the Government needs to see signs of progress this week in talks with the public sector unions.

During Leaders' Questions, Brian Cowen said talks would go on this week and 'hopefully intensify'.

The Taoiseach confirmed that meetings had adjourned over the weekend to allow for the costing of suggestions and said there were more talks yesterday.

He said a range of options were being considered but it would not be helpful to go into them at this stage.

The Taoiseach also acknowledged the pain that public sector workers had already experienced in the pension levy and the public service pay freeze.

Fine Gael's Brian Hayes asked the Taoiseach if public servants in a particular sector would be exempt from a blanket pay cut if potential savings were identified by that sector.

Mr Cowen said it was the purpose of Government to find savings of the order of €4bn.

He said expertise and interaction on a 'sectoral basis' would be used as part of an overall effort to obtain savings.

Government officials have told unions they are prepared to explore a three to five-year plan for cutting that pay bill.

However, they warned that there would also have to be 'bridging mechanisms' in 2010 to deal with the immediate economic crisis.

A second public sector union leader has acknowledged that staff numbers in the public service will be cut.

General Secretary of the Civil and Public Service Union Blair Horan said that in his view a reduction was inevitable in terms of the current adjustment in the public finances.

Mr Horan was speaking as he arrived for talks.

However, he said the critical thing for him was that measures to address the public sector pay bill should not affect pay for relatively low paid members.

He said no solution to the current economic crisis would be possible without addressing issues around taxation, particularly for high earners.

Earlier, IMPACT General Secretary Peter McLoone warned that any deal with the Government that avoids cuts in public sector pay would likely involve major reductions in the numbers of people employed in the sector.

In a confidential letter written to IMPACT officials, Mr McLoone said that, in his view, the alternative to pay cuts would involve a significant reduction in public service numbers over the next three to four years.

He also wrote that he did not believe that December's Budget would see any increase in existing tax rates.

The Tanáiste has said that the Government has not made a final decision on what it will be doing in the Budget.

Mary Coughlan said everyone is aware that difficult decisions will need to be made, but she said that by working collectively, the necessary budgetary measures will be attained.

She said the considered view of the Taoiseach and the Government is keen to find alternatives 'in the context of productivity in the context of new initiatives within the reform of the public sector'. 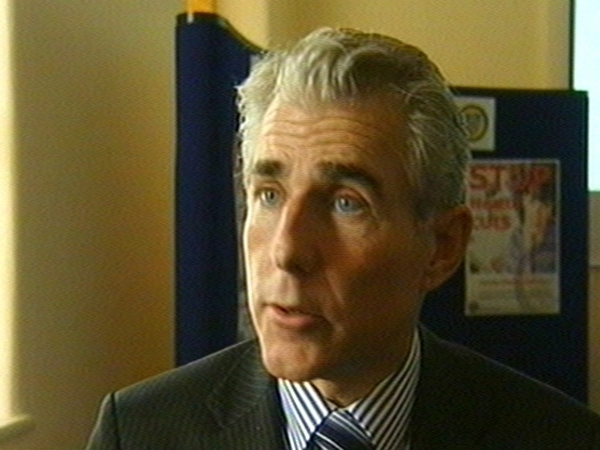