Northern Ireland's Deputy First Minister Martin McGuinness has said new structures relating to devolved justice and powers could be in place by Christmas.

His comments come after British Prime Minister Gordon Brown published details of a financial package, worth up to £1bn, for devolving the powers from Westminster to Stormont.

Mr McGuinness described it as 'a good settlement' and said there now needed to be rapid progress on the final stage of devolution.

However, the North's First Minister, Peter Robinson, has given a more guarded response to the deal.

Minister for Foreign Affairs Micheál Martin has welcomed the package, saying it was 'generous' and 'a major step forward'.

It also includes a promise to allow the Northern Ireland executive sell four British Army military bases and use the proceeds.

There is also a commitment that the UK Treasury will fund the cost of a new police training college.

At the start of the British Commons question time, Mr Brown confirmed that he had been meeting with the Northern Ireland First Minister and Deputy First Minister to look at the contentious issues.

'I've been in touch with all party leaders in Northern Ireland and I am now sending to all of them ... my proposals for a financial settlement that is designed to make possible the completion of the final stage of devolution in Northern Ireland.'

The issue has caused friction between the two main parties in Northern Ireland's power-sharing administration, the DUP and Sinn Féin.

Sinn Féin argues the move is long overdue and that it has demonstrated its good faith on power-sharing by joining the policing board and publicly supporting the PSNI.

With one eye on the faction of reluctant power-sharers among his grassroots supporters, the DUP's Peter Robinson has been holding back.

However, after one more negotiation with Northern Ireland's First Minster Mr Robinson and Deputy First Minister Martin McGuinness at Downing Street last night, Mr Brown signalled that it was time to move. 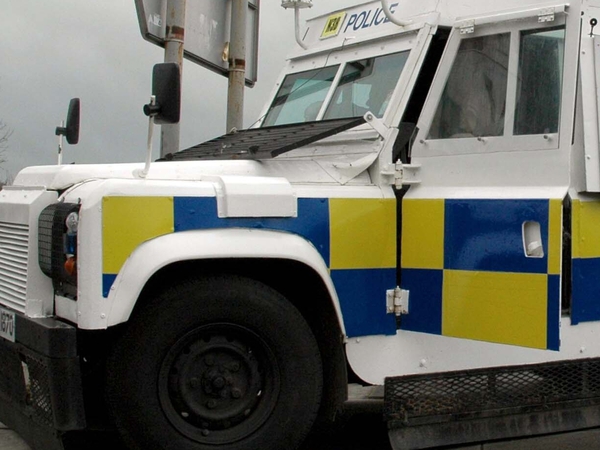