US Secretary of State Hillary Clinton has held talks at Stormont with Northern Ireland's political leaders.

She hailed the progress already made in Northern Ireland in the last 15 years as a model for reconciliation around the world.

She said President Barack Obama's administration stood ready to help in any way to overcome the outstanding issues confronting the powersharing administration.

Foremost among those is the devolution of policing and justice powers from Westminster.

The politically sensitive move was understood to be high on the agenda during Mrs Clinton's hour long talks with the Democratic Unionist and Sinn Fein representatives.

‘There's no doubt in anyone's mind that Northern Ireland has come a long way,’ she said afterwards.

‘Old enemies are working together to build a stable, prosperous future and I've seen first hand how you have become a model for conflict resolution and reconciliation around the world.

‘I hear that on my travels: people who are determined to choose peace and progress over violence look toward you.’

She added: ‘The United States stands ready to help in any way we can, our peoples are bound together by both historic and ancestral ties nurtured by friendship and partnerships.

‘Both my husband and I feel a special bond with this land and as Secretary of State I am committed to continue to offer a hand of friendship and partnership.’

Republicans and unionists have yet to finalise an agreement on devolving policing and justice powers from Westminster to the Stormont Assembly.

However, lengthy talks with British Prime Minister Gordon Brown last week carved out a financial blueprint for the move.

The US Secretary is making her seventh visit to Northern Ireland since she first arrived as First Lady with her husband President Bill Clinton to boost the search for peace in the 1990s.

As she arrived in Belfast last night, she threw her weight behind the efforts of the British and Irish governments to secure the devolution of policing and justice powers to Stormont.

Mrs Clinton said: 'The step of devolution for policing and justice is an absolutely essential milestone.

'Clearly there are questions and some apprehensions but I believe that due to the concerted effort of the British government, Irish government and support of friends like us in the US, that the parties understand this is a step they must take together.

'It will take the leaders of both communities working together to continue not only the devolution but then to make day-to-day governing a reality, and I'm confident that that is within reach.' 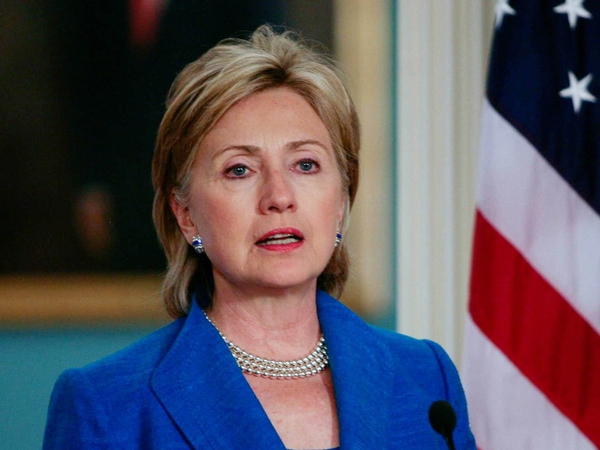