The US Secretary of State has described the devolution of justice and policing powers in Northern Ireland as an absolutely essential milestone.

Hillary Clinton made her comments during talks with the Taoiseach and the Minister for Foreign Affairs at Farmleigh in Dublin this afternoon.

Mrs Clinton will also meet President Mary McAleese and is scheduled to address the Northern Ireland Assembly in Belfast tomorrow.

Earlier, she said there was no financial support for the 'evil enterprise' of the Real IRA coming from US sympathisers.

During the Troubles in Northern Ireland the IRA received a significant portion of its funds from US sympathisers, an issue that still rankles today.

At a press conference in central London, Mrs Clinton stressed dissidents were getting their money from crime - and not from the US.

She said terrorists were 'out of step and out of time' and called for an end to violence in Northern Ireland .

Mrs Clinton was speaking following talks with British Foreign Secretary David Miliband and ahead of her meetings with political leaders in Northern Ireland.

Her visit comes at a delicate time for the peace process, with negotiations over devolving policing and justice powers finely balanced.

Late-night talks with Gordon Brown in Downing Street this week saw the Northern Irish parties agree a financial package for the devolution move.

Recently there have been a number of incidents involving dissident republicans and last week a volley of shots were fired over the coffin of a convicted IRA killer who was believed to have killed himself while in police custody. 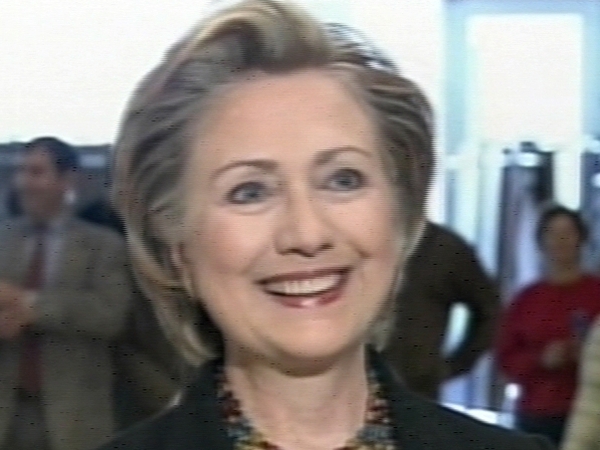