An ESB spokesperson has said two power stations in the midlands will close for five-month 'periods of maintenance' over the next two years.

The spokesperson said the temporary closures of the West Offaly and Lough Ree power plants are scheduled, even though they were closed previously on health and safety grounds.

The ESB said the closures are not on health and safety grounds.

The spokesperson said the ESB does not accept the view expressed by Bord Na Móna workers that the closures are much longer than had been originally indicated.

Bord Na Móna said the closure will have 'no impact on the peat production operations where most of our people are employed as the company will use this period to build stocks'.

It will however impact on the Bord Na Móna transport and support operations.

A statement said, Bord Na Móna 'is in ongoing discussions with all affected parties in drawing up the plan to minimise the impact on the company and our employees.

'The suggestion that the future of some 500 employees could be at risk is without foundation.

'With regard to the union claim for compensation in respect of outages in 2006 this matter is before the Labour Court and the company awaits its decision.'

Roscommon TD Dennis Naughten earlier asked the Electricity Supply Board to clarify its plan to close two the stations for prolonged periods over the next two years.

Mr Naughten said that the closures - while expected - are much longer than had been anticipated and have implications for the jobs of hundreds of seasonal workers and salary levels among permanent staff.

His comments follow claims that the ESB has now settled a multi-million euro claim for the replacement of corroded piping at the West Offaly and Lough Ree Power plants. 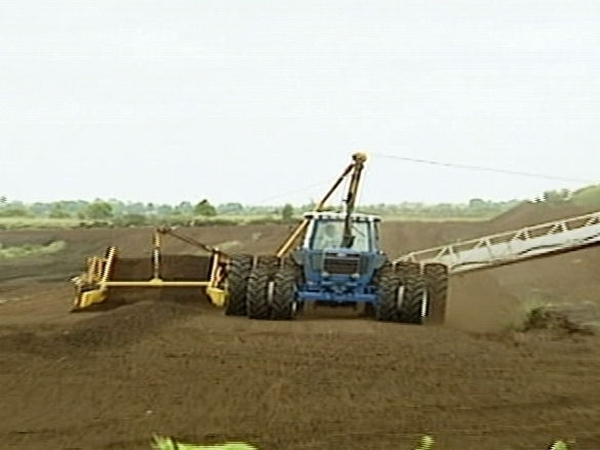