The Lisbon Treaty has been passed by a two-to-one majority - a 20.5% swing towards the Yes side since the first Lisbon referendum.

Ireland voted in favour of the Treaty by a final margin of 67.1% to 32.9%. Only two of the 43 constituencies voted against the Treaty.

It was the highest Yes vote in a referendum on Europe since the Treaty of Maastricht in 1992. The turnout was also the highest in a European referendum since the original vote on joining the then EEC in 1972.

The Yes result from Cork South-West saw the 'tipping-point' reached - meaning the Treaty would definitely be accepted, even in the highly unlikely event that all the remaining votes had been cast against it.

Two Donegal constituencies recorded the only No votes. The 13% swing towards Yes in the two constituencies was not enough to take them out of the No column.

In the Tánaiste's constituency of Donegal South West, the No side won by just 171 votes.

The margin was higher in Donegal North East, at 848, but Donegal stands alone - every other constituency in the country voted Yes.

The final result shows a stunning swing to the Yes side since the first Lisbon Referendum 15 months ago.

Higher turnout is part of the answer for the swing - the Government and the main Opposition parties, who all campaigned for a Yes, will now argue about who did most to win the referendum. 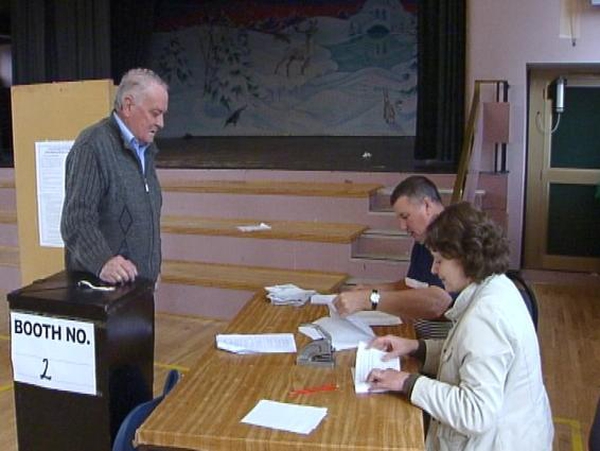