The Taoiseach has said the severance and pension package paid to the former Director General of FÁS was in accordance with the legislation and guidelines that are in place.

Brian Cowen said it was in the interest of the organisation and the taxpayer to make the agreement quickly.

Speaking on RTÉ's This Week, he said there was no threat of legal proceedings at the time on the basis that an agreement was reached, but that if there was a prospect of non-agreement there could be legal recourse.

Responding to a question in a Sunday Tribune report about FÁS, Mr Cowen denied that he had, under pressure from John Gormley, ordered the withdrawal of a statement by the Tánaiste backing the board of FÁS.

He said he did not order the withdrawal of anything, and nobody, including Mr Gormley, put it to him that that should be done.

Labour leader Eamon Gilmore has asked why the Government had given Mr Molloy a pension top-up if there was no threat of legal proceedings.

Mr Gilmore said this was looking more and more like a 'sweetheart deal'.

Fine Gael leader Enda Kenny has criticised the Government's handling of the FÁS expenses controversy saying that he would have sacked Mr Molloy and let the law take its course. 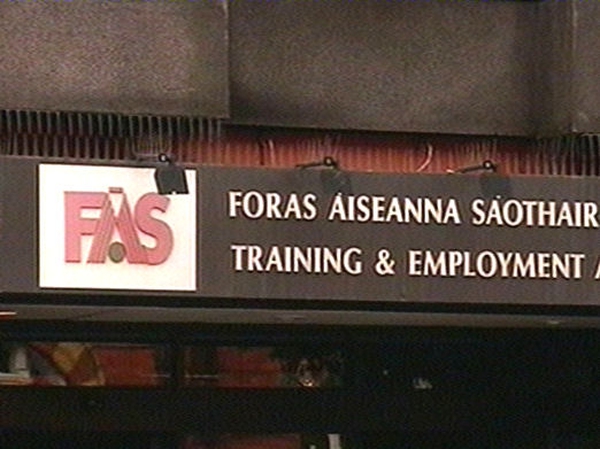