The IFA president has said the Government must act now to remove excessive bureaucracy and costly regulations stifling the potential of the agriculture sector.

Speaking on the second day of the Ploughing Championships in Athy, Co Kildare, Padraig Walshe said that Irish agriculture has the potential to increase exports by €2bn and to create 16,000 sustainable jobs.

Mr Walshe said, ‘With 1,000 businesses exhibiting and tens of thousands of people attending each day, the Government must recognise the importance of the sector and its potential to deliver jobs and exports for the economy’.

He said competitiveness is a key ingredient to realising the potential of the sector and the Government has a key role in ensuring that energy, utility and bureaucratic costs are slashed in the economy.

This morning, Minister for Agriculture Brendan Smith was confronted by farmers on several occasions at the event.

At the ICMSA stand, Minister Smith defended the Government's approach to agriculture.

He said the problems in the dairy sector have come about due to world market trends and changes in how subsidies are structured.

Speaking about the income issue in the farming sector, Minister Smith said it is time that the 'multiples' give a fair share of their profits to the people who provide supplies.

He said Ireland has a top class food production record and retailers need a solid supply of quality foods.

Approximately 10 gardaí have been accompanying the Minister as he walked around the exhibition area.

However, the Minister said he was not aware of the garda presence.

He said he did not accept that there was a hostile environment at the event and an undue number of gardaí protecting him. 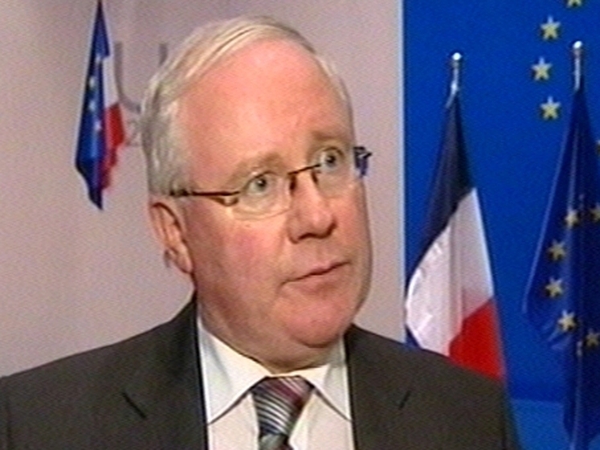