Tributes have been paid to the Olympic medal-winning boxer Darren Sutherland, who has died at the age of 27.

He was found dead at his flat in south London yesterday. He had taken his own life.

Mr Sutherland won bronze for Ireland at the Olympics in Beijing last year and turned professional a short time later.

Born in London in 1982 to an Irish mother and father from the Caribbean, Mr Sutherland spent most of his childhood in Dublin before the family relocated to Navan in Co Meath.

His next professional fight had been scheduled for next month in Sunderland in England.

Known in the ring as 'The Dazzler', the middleweight boxer has been described as the life and soul of the Irish Olympic squad by Irish Olympic Council President Pat Hickey.

Mr Hickey added: 'His Olympic colleagues enjoyed his irrepressible good humour and his keen interest in all of the various sports that Ireland participated in. He was simply a superb individual who had time for everyone. He will be sorely missed.'

His manager Frank Maloney has described the death as a 'tragedy for Ireland and the world of boxing'.

Former world champion Barry McGuigan said: 'It is an absolute tragedy. I would describe Darren as a phenomenal talent. I believe he would have become a world champion in the professional ranks one day.'

Michael Carruth, who won Olympic boxing gold in 1992, described Mr Sutherland as a great sportsman whose potential had yet to be realised.

He said: 'He had the power, he had the charisma, everything that goes into making a top-class pro. He had the ingredients there. Unfortunately, we are never going to get to see this now.'

In a statement, Minister for Arts, Sport and Tourism Martin Cullen offered his condolence to Mr Sutherland's family.

'Ireland has lost a sportsman of wonderful ability, a clever and popular man with a future of real potential,' the Minister said.

Mr Sutherland was also the focus of documentary film Saviours, which was based around the amateur boxing club in north inner city Dublin, St Saviour's. 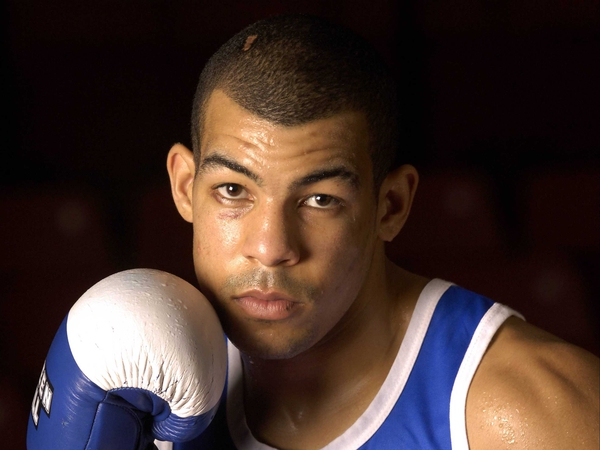